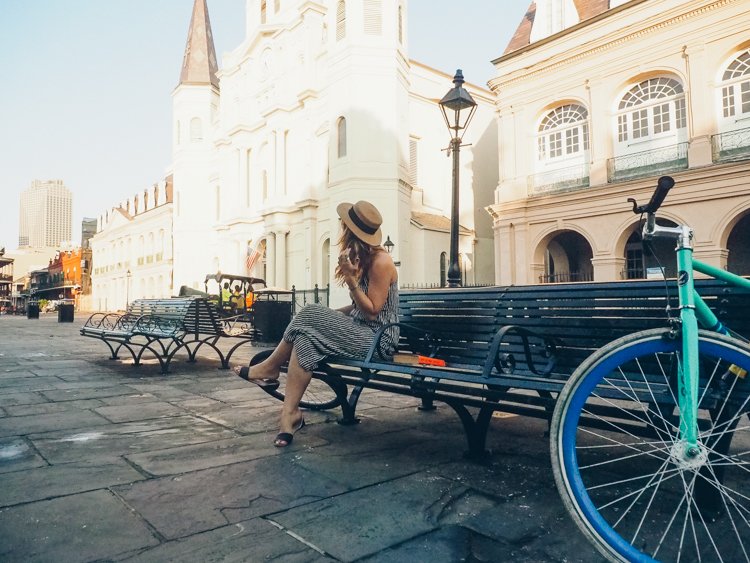 New Orleans is one of those places that I could visit again and again. It is without a doubt an American treasure. Dripping with southern charm and French-creole ancestry, this city is unlike any other. It’s European, it’s Caribbean, and it’s also deeply Southern. It’s the birthplace of jazz and French-creole cuisine. It’s beloved by artists, musicians, and poets, alike. And its traditions are deeply engrained in the hearts of the locals, such as the infamous week-long Mardi Gras celebrations.

This town has seen tragedy, but nothing can kill her spirit. She rises up with pizzazz and flair. All the while chanting the New Orleans expression, Laissez les bon temps rouler. Cajun French for, let the good times roll. Plan on visiting New Orleans? Alright then let’s roll, shall we? 🙂 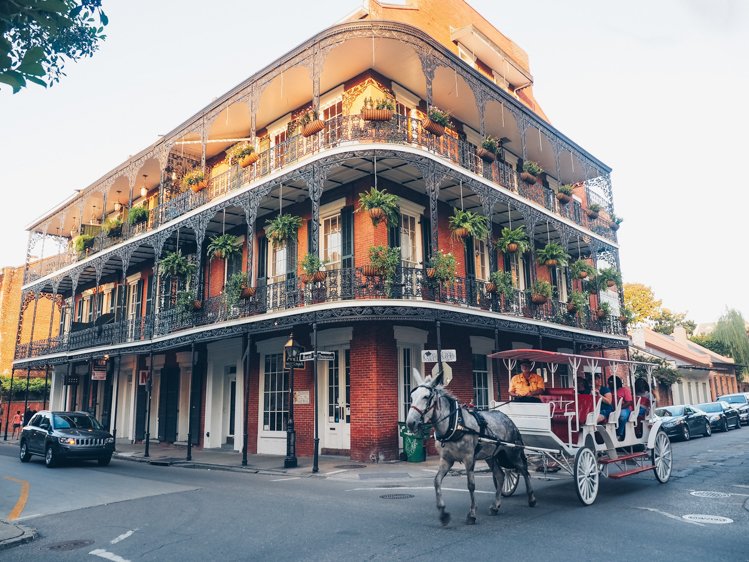 New Orleans is located in America’s deep south, in southeastern Louisiana. It’s nicknamed the Crescent City because it was originally built on the crescent-shaped sliver along the bend in the Mississippi River. 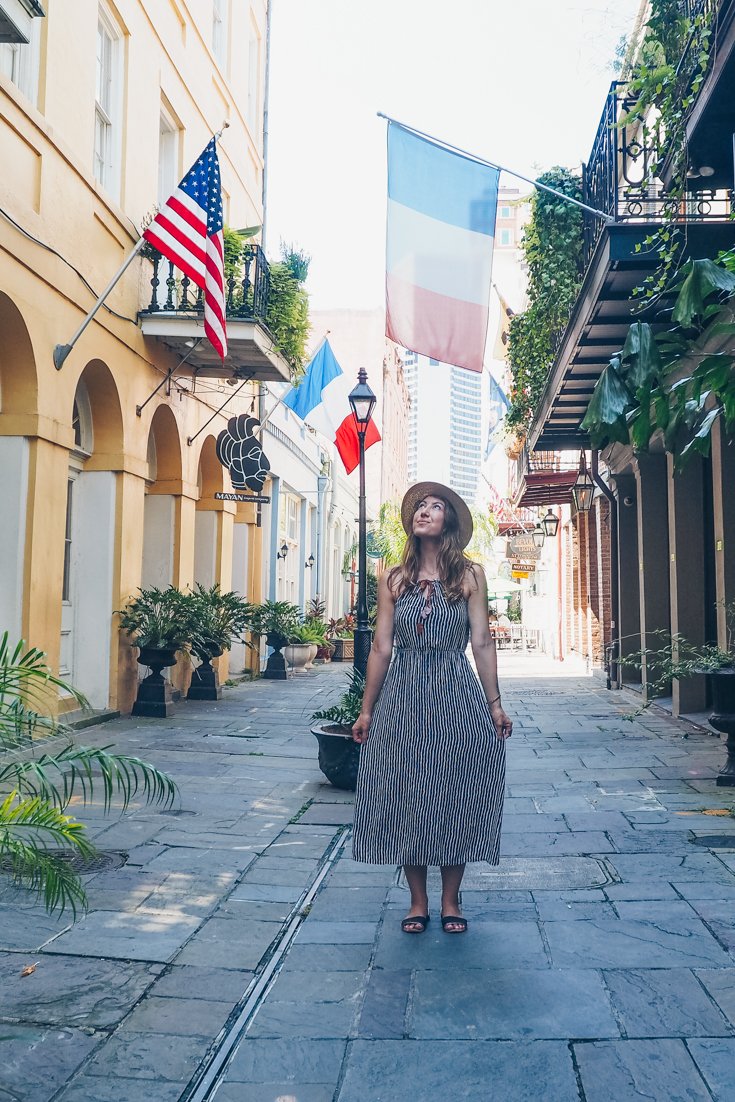 There is no shortage of fabulous accommodation in New Orleans. Whatever your price range, you’re bound to find something. You can splurge on a fancy boutique hotel, or easily find budget accommodation. Or for kicks, stay somewhere that’s haunted! Wherever you choose to stay, just don’t expect to sleep much that night. You have to enjoy the New Orleans nightlife, here it’s practically part of the culture (keep reading for some recommendations!). 🙂 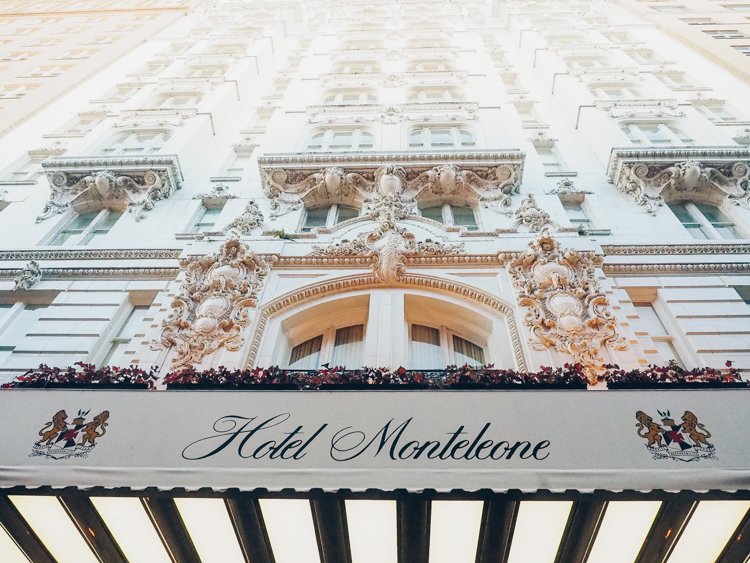 The cuisine in New Orleans in fantastic! It’s a melting pot of French-creole, Cajun, and southern soul food influences. Because of its location, seafood also plays a large part in the cuisine. 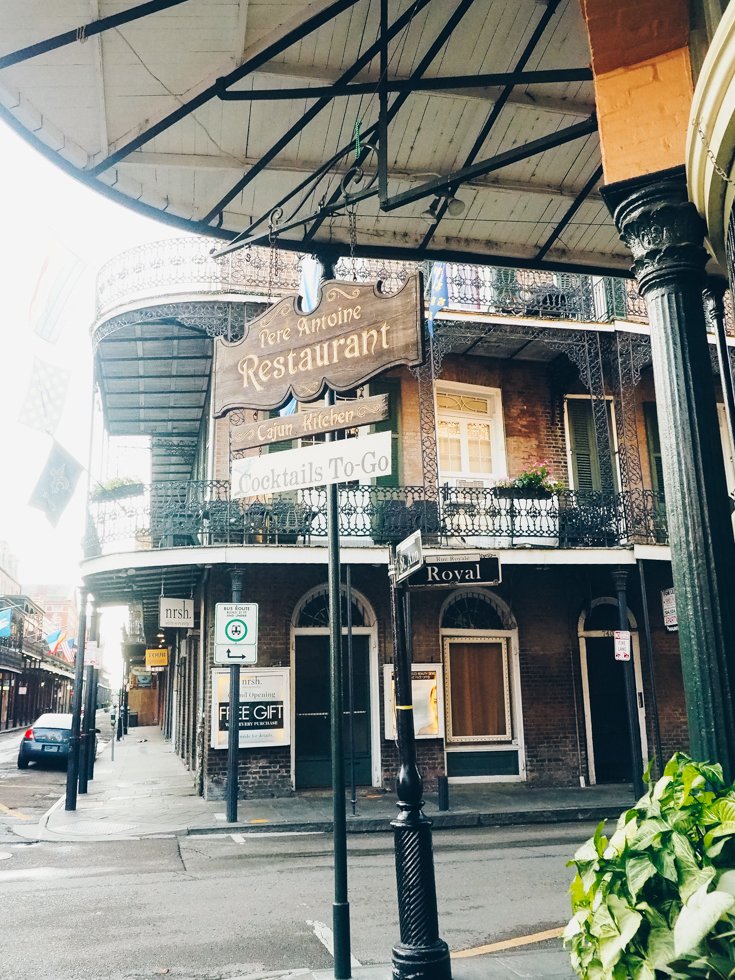 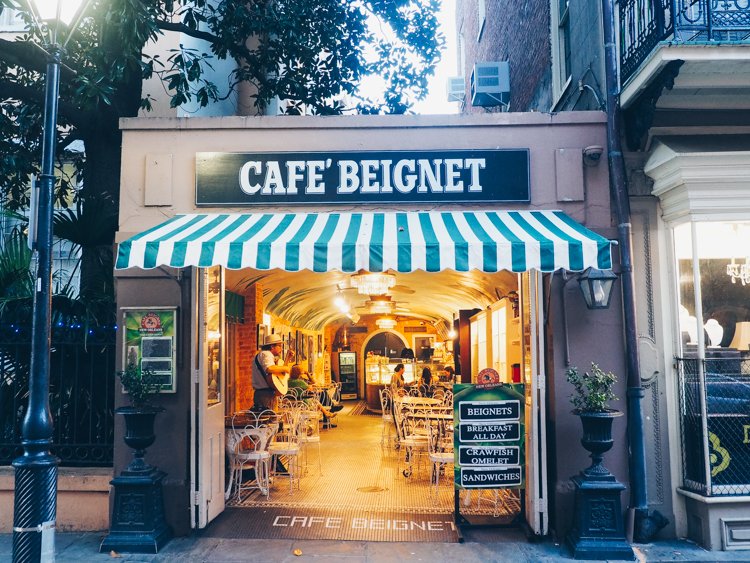 Eating in New Orleans is an experience. Dine at any of the below restaurants and enjoy some of New Orleans’s finest! 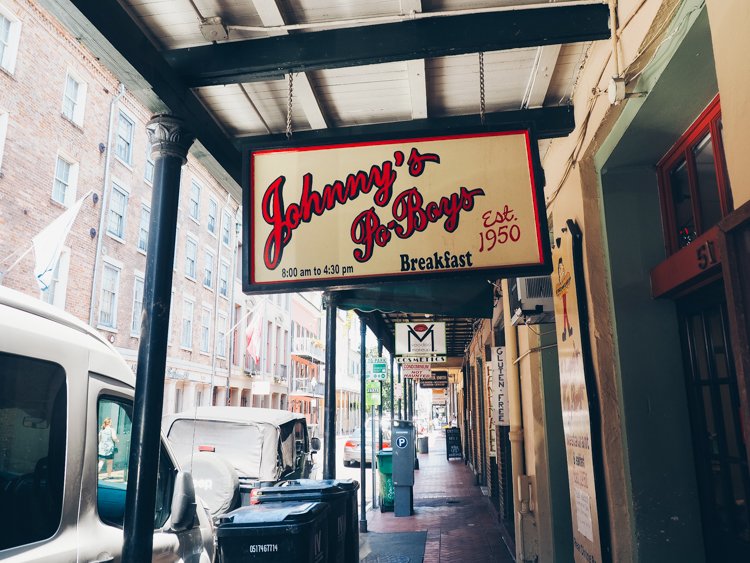 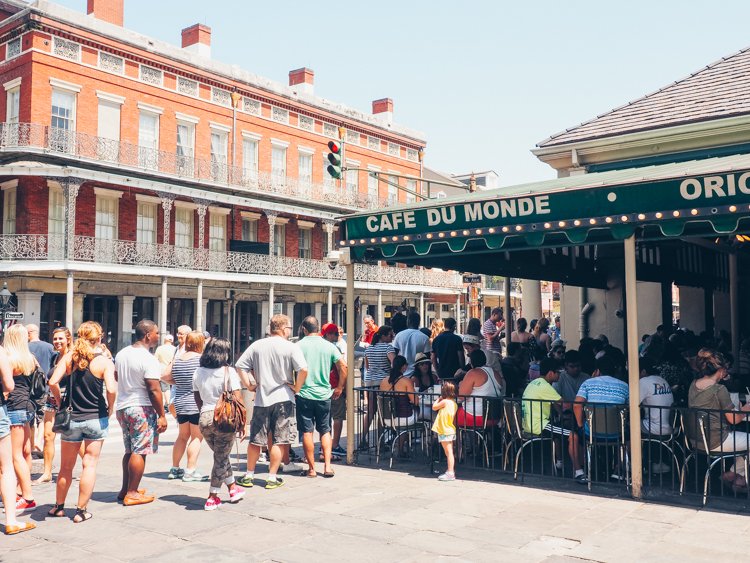 It’s not hard to figure out why New Orleans is nicknamed the “Big Easy”. It’s its round-the-clock nightlife is famous. Here’s some places to check out: 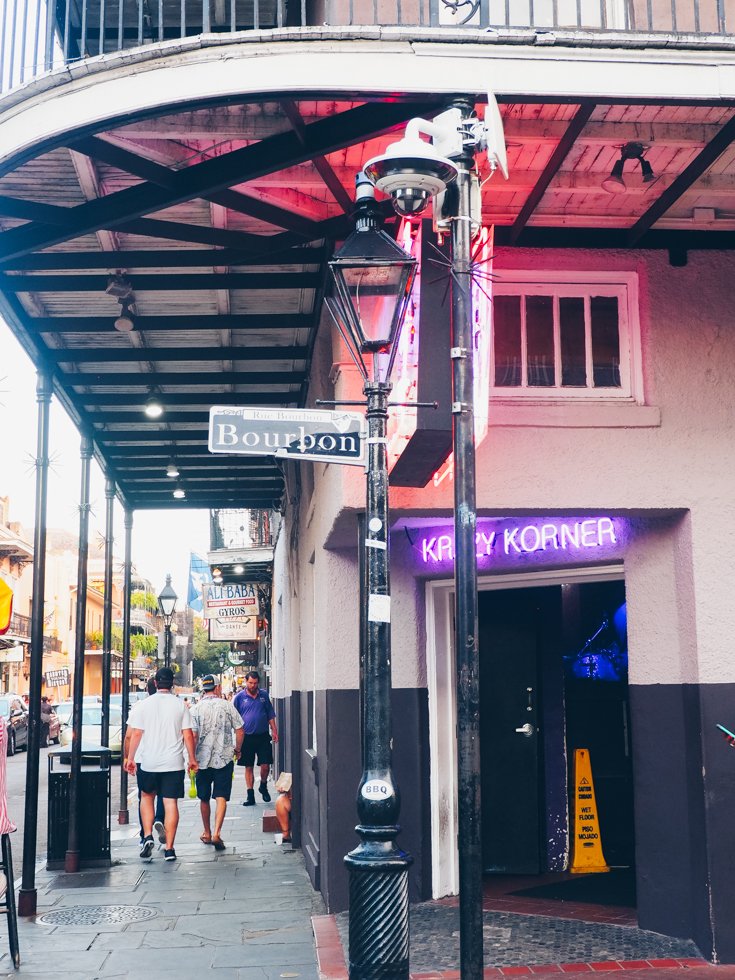 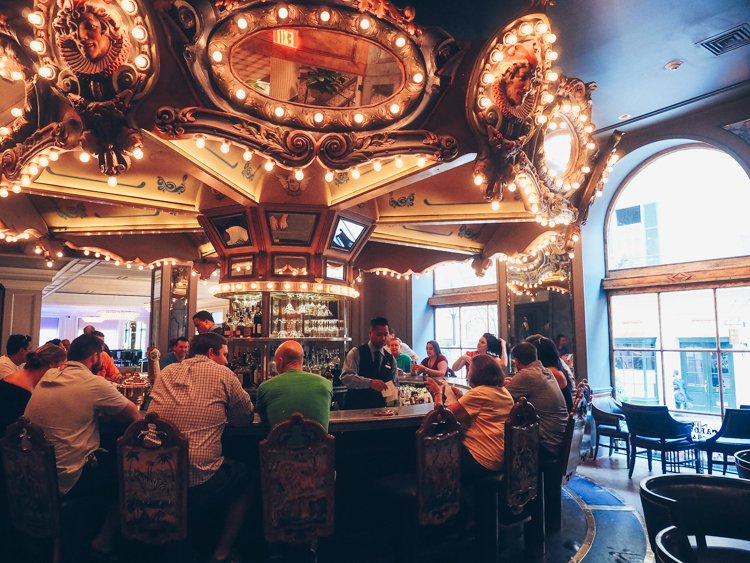 PRO TIP: Remember that in New Orleans you are allowed to take alcoholic beverages to go! 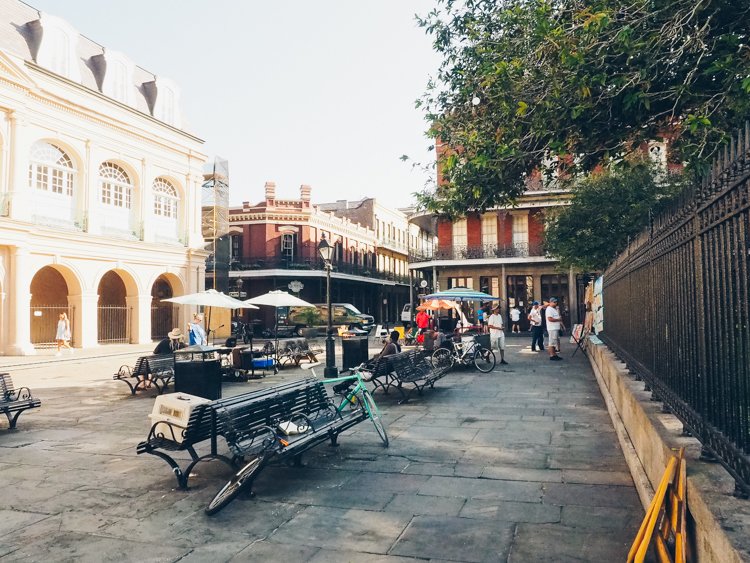 There’s so much more to see and do here, so I’ve put together a few recommendations to start off your trip! I’m not going too in-depth, only because I wrote another blog post all on the French Quarter.

Read more: 10 Things you Must Do in the French Quarter 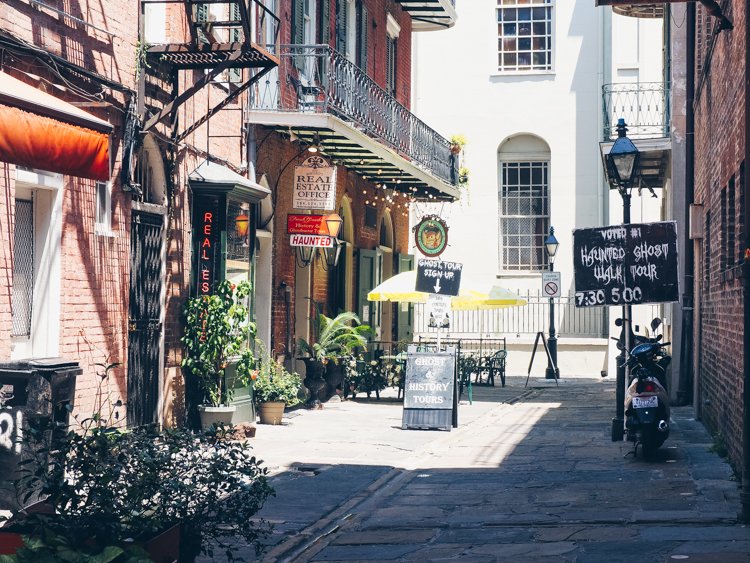 I know it sounds weird, but touring cemeteries in New Orleans is a thing. If you plan on going, I’d recommend St. Louis Cemetery No. 1. It’s the oldest and most famous in New Orleans! Wander around and find some famous New Orleanians who are buried here, such as the voodoo queen Marie Laveau.

You can visit on your own, or take a cemetery tour. 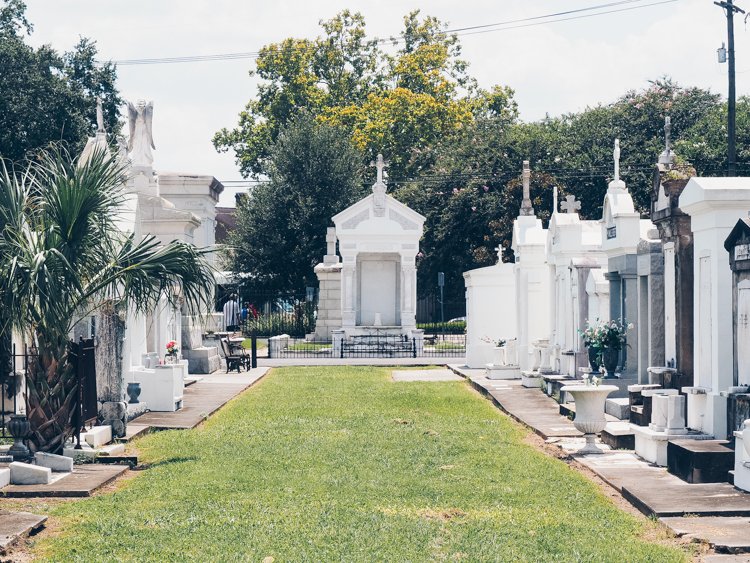 Frenchman Street is known for its live-music venues. Many refer to Frenchman Street as what Bourbon Street used to be before it became tourist-focused. It’s where the locals come to party, and has a more authentic, musical feel. 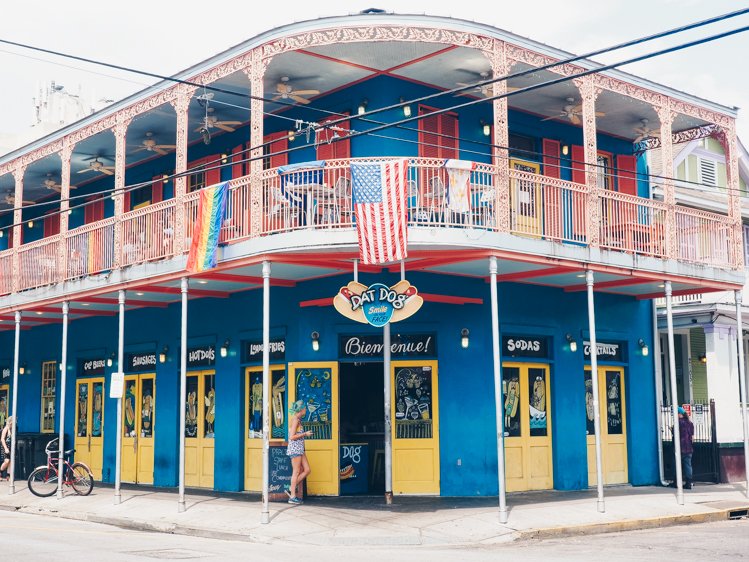 Apart from the French Quarter, the Garden District is my absolute favorite! If you were impressed with the French Quarter’s architecture, you ain’t seen nothin’ yet. The Garden District is one of America’s most beautiful neighborhoods. It’s oak-shaded streets are filled with drool-worthy Victorian mansions. Many celebrities own homes here. This includes my personal favorite, vampire novelist, Anne Rice. She sold the mansion years ago, but you are still able to view it. 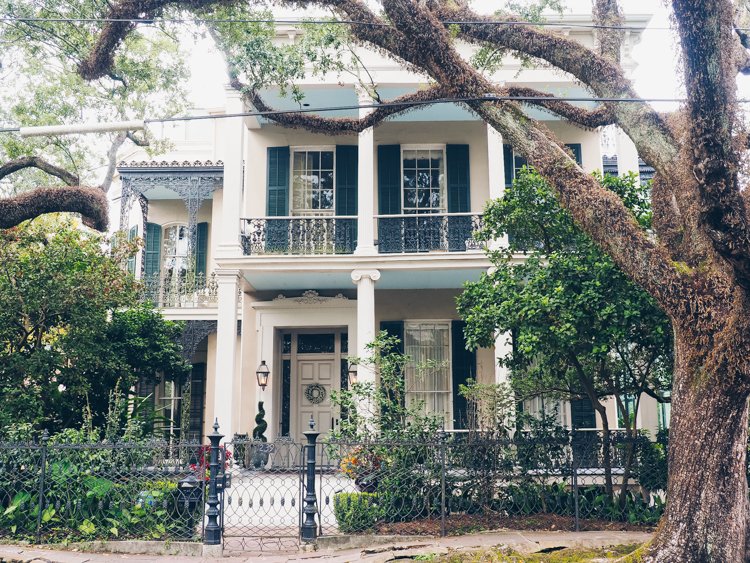 If you’re in the Garden District, Magazine Street is a must. Let’s just say you haven’t truly “done” New Orleans until you’ve taken a stroll down Magazine Street. With more of a local flare, discover where New Orleanians like to hang out. Here you’ll find anything from boutique and antique shops, to smoothie bars and fine-dining restaurants. 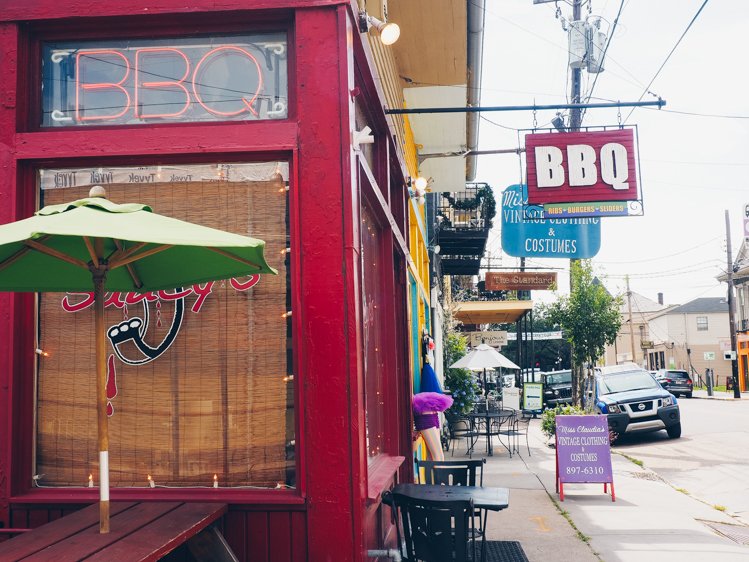 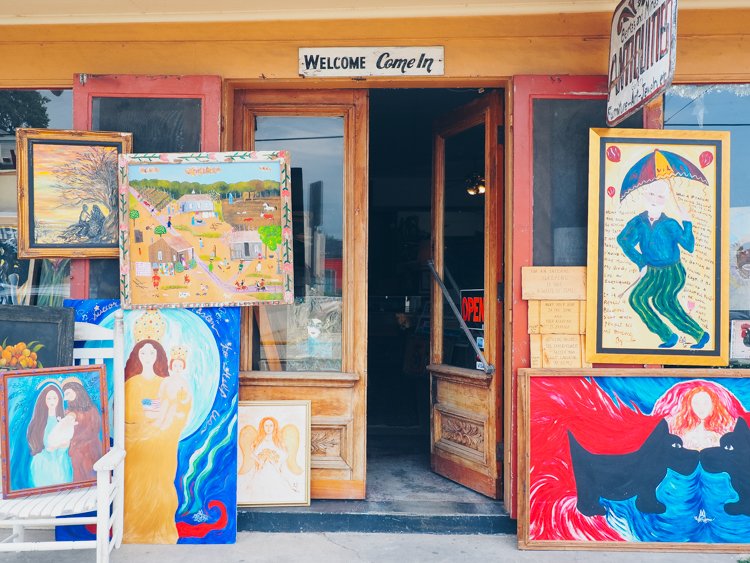 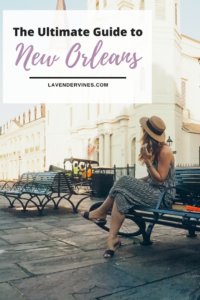 Where do you like to go when visiting New Orleans? Love to know in the comments below!

Follow on Instagram!
← Prev: 5 Reasons Why Tithing Actually Blesses You Next: The 20 BEST Bible Verses About LOVE → 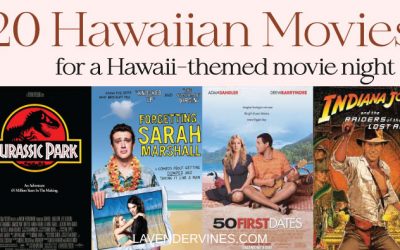