The Ultimate Guide to Traveling Cuba as an American 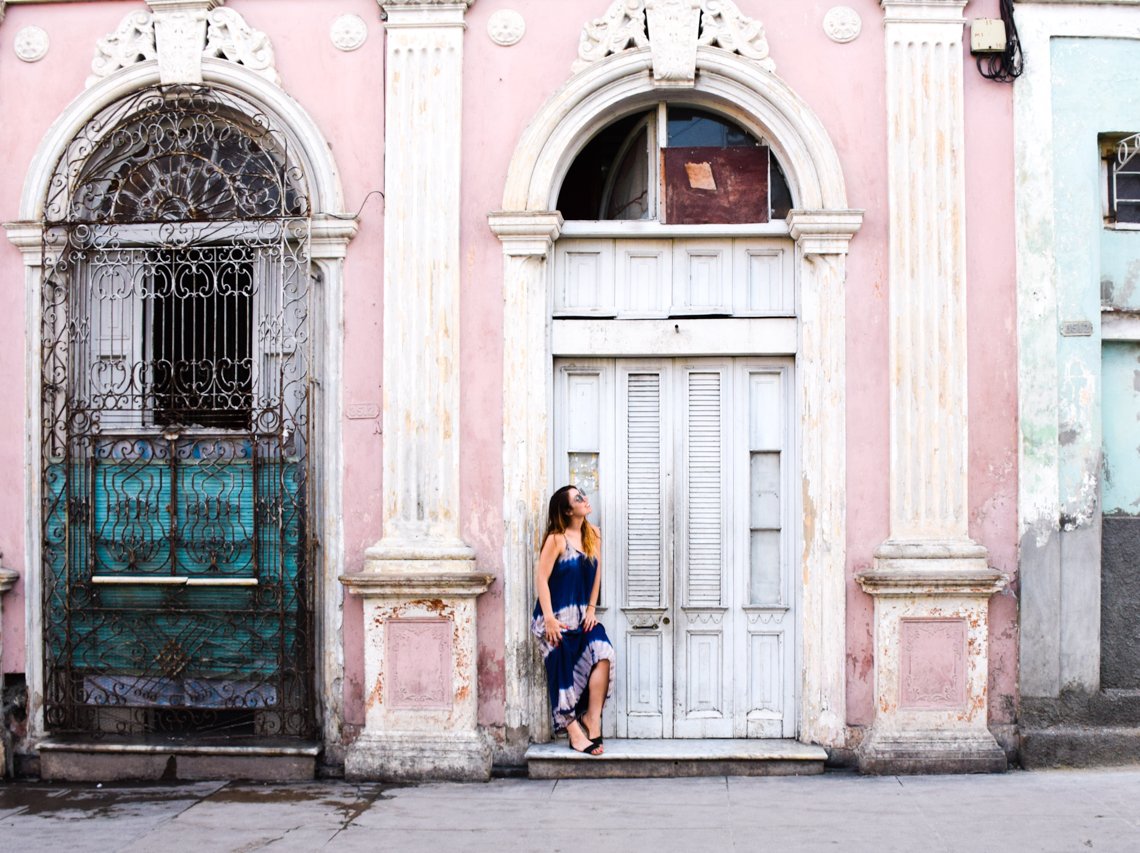 UPDATE: As of June 2017 changes have been made under the Trump Administration regarding travel to Cuba. Travel to Cuba for Americans will still be possible, however you will have to travel with an organization that holds a license to take groups to Cuba.

There has been a large influx of Americans traveling to Cuba lately, including myself. For over half a century the borders of Cuba have been closed off to American tourists. Only the a fortunate few were exempt from this. That was at least, until recently. With the borders opening up, curious Americans cannot wait to explore this well preserved forbidden country. 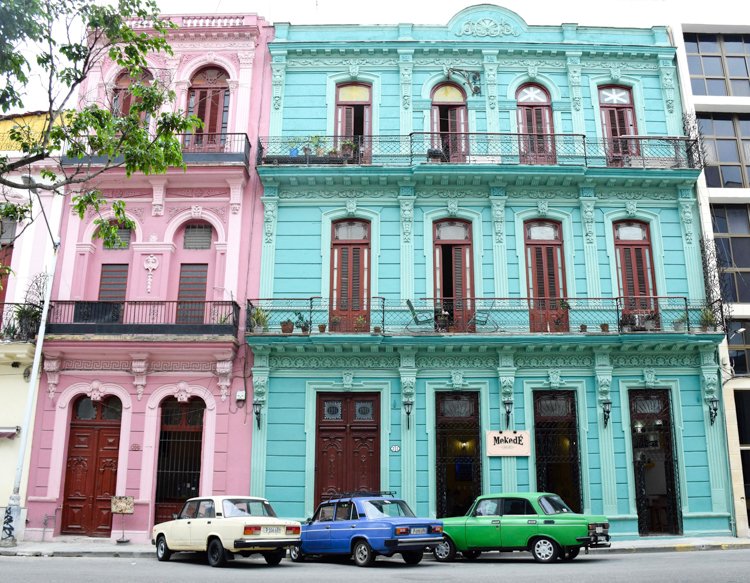 During my recent visit, locals said what used to be a travel destination to mostly Canadians and Europeans, has instead seen a flood of American tourists. If you’re also wanting to visit, but aren’t sure what the rules are for American travel in Cuba, keep reading.

**Very important to keep in mind**

Cuban travel is changing rapidly. The information provided below was from my visit in March 2017. If you are reading this post even a few months later, information might be different. However, I will do my best to update this post accordingly. 🙂

The Ultimate Guide to Traveling Cuba as an American

First: Why Were Americans Not Allowed to Travel to Cuba?

The complexities of Cuban-American relations cannot be summed up within a few short paragraphs, but alas, I’ll do my best!

“El bloqueo” or “the blockade”

Beginning in March 1958 (pre-Cuban Revolution, the regime of Fidel Castor, and the Cuban Missile Crisis), the United States first placed an arms embargo, or a ban on trade, on Cuba. Then in 1960 (Fidel Castro is now in power) Cuba nationalized American owned oil refineries without compensation. After this, the U.S. prohibited all exports to Cuba except for food and medicine. By 1962, the embargo was extended to include almost all imports. The embargo, which is still in effect, is the longest lasting embargo in modern history. Following the Cuban Missile Crisis travel restrictions were then imposed. These restrictions have remained rather strict until recent events under the Obama Administration. 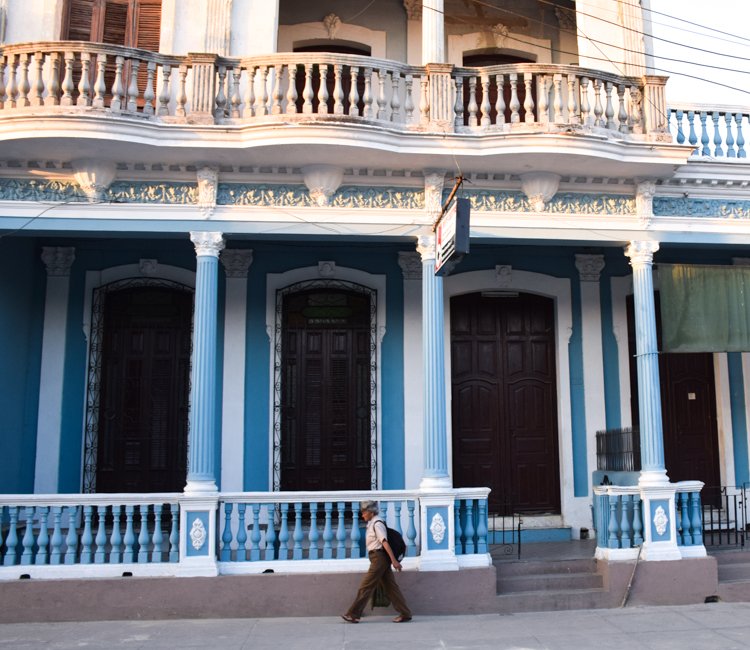 The Re-Opening of Cuban Borders

On December 17, 2014, President Obama took a historic step by declaring that it was time to “begin a new journey” with the Cuban people. This set in motion a number of economic changes between the U.S. and Cuban relations. A big change being airlines are now allowed to fly directly from America to Cuba. In addition, there is an allowance of travel agents, financial services, telecommunications, and trade between the two countries, which had been on lockdown since the 1960’s.

In February 2016, the U.S. Department of Transportation wrote, “Since the Obama Administration announced its intention to establish diplomatic relations with Cuba in December 2014, U.S. travel to Cuba has increased by 54 percent, and this arrangement will further facilitate expanded travel”. 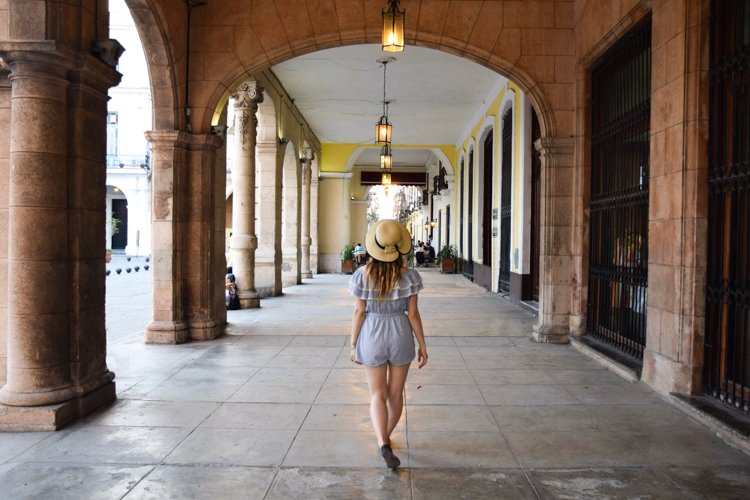 But, is it Still “Technically” Illegal?

Simply put, yes. Despite these changes, general tourist travel to Cuba is still considered illegal. These new agreements only allow Americans to travel to Cuba if you fall under one of the 12 authorized categories from the U.S. Department of Treasury. These include family visits, journalistic activities, and public performances.

However, travelers who fall within the scope of these categories do not need to submit a written request to the Office of Foreign Assets Control (OFAC) –like they used to– for permission to travel.

So what does this mean? This means, that the rules are pretty loose. You can travel to Cuba with the intentions of tourism, claiming you are there for “educational activities”, without any hassle from the American or Cuban government.

After my recent visit – and the visits of many other Americans – basically, no one cares anymore. If you travel to Cuba claiming you fall under these 12 categories, when in fact you spent your time drinking mojitos and laying on a beach…chances are you’ll be fine. 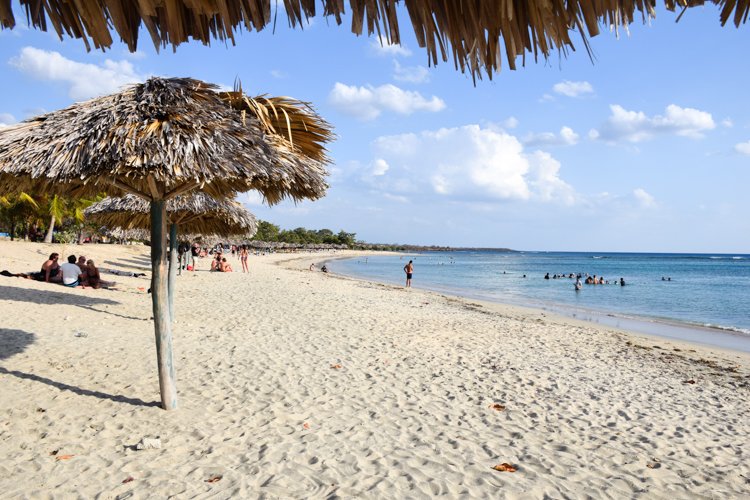 How to Get to Cuba

With that said, let’s go to Cuba! Direct flights are now available.

On November 28, 2016, JetBlue made history by being the first U.S. airline commercial flight to Cuba in more than 50 years. Currently there are number of airlines flying directly from America to Cuba. These include American Airlines, Alaska Airlines, Delta Airlines, and many more.

According to the U.S. Department of Transportation, “By the end of 2016, airlines are planning to conduct well over 500 round trip flights – with more than 90,000 passenger seats available – between Havana and the cities of Atlanta, Charlotte, Fort Lauderdale, Houston, Los Angeles, Miami, Newark, New York City, Orlando, and Tampa.”

Something to keep in mind however is that the future of American and Cuban relations is still unknown. The opening of relations was part of the Obama Administration’s policy of engagement with Cuba. With the change of administration, President Trump has said he will conduct a “full review” of America’s foreign policy towards Cuba. 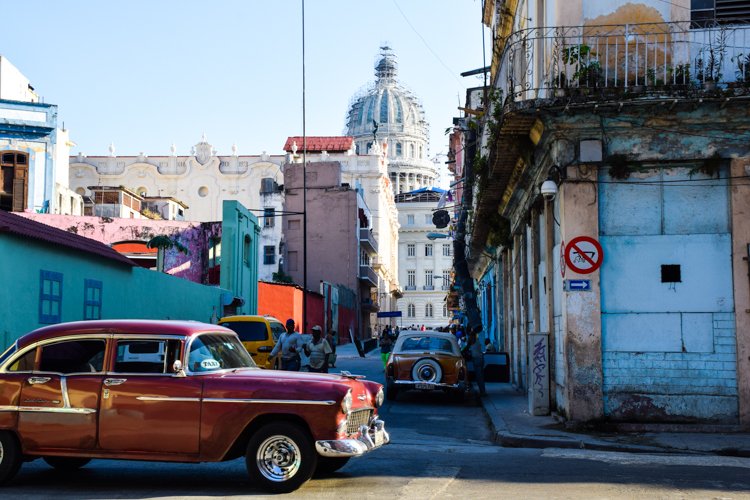 Yep, you do need a visa to visit Cuba. But, you don’t need to apply for it in advance. If you are traveling with an organization, they will normally process the tourist card (visa) as part of your package. If traveling on your own, you can purchase your visa for a fee through your airline at check-in. I flew to Cuba out of Mexico City because I was also visiting Mexico. From Mexico I similarly bought my visa through my airline, Interjet, before arriving into Cuba.

When arriving into Cuba, Cuban immigration used to not stamp your U.S. passport, and instead stamp your visa. By doing this, it allows U.S. travelers to visit Cuba without detection from the government. However, due to policy changes, Cuba has recently started stamping U.S. passports directly. My passport was stamped, but when arriving back into the United States, U.S. immigration didn’t even look at my passport. Nor did they ask where I had been. Basically, they welcomed me back with open arms. 🙂 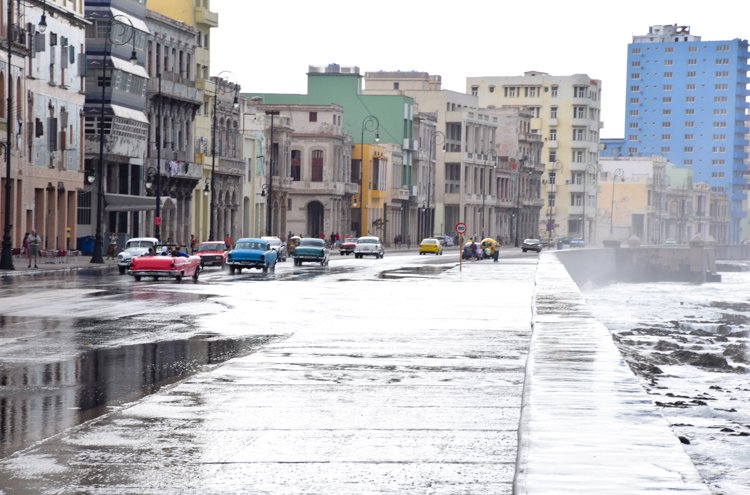 U.S. financial institutions are authorized to process credit and debit card transactions depending on your provider. Despite this, it might not be available yet, and wasn’t available for me during my visit.

Hopefully this is something that will be made available in the future. For the time being, bring U.S. dollars with you. You can exchange them for Cuban currency when you arrive in Cuba.

Keep in mind, there are actually TWO legal currencies in Cuba. There’s a local currency, the Cuban Peso (CUP). And then there’s a tourist currency, the Cuban Convertible Peso (CUC). As a foreigner, you are required to make transactions in the Cuban Convertible Peso (CUC), which is shockingly strong. The current conversation rate being 1 CUC to 1 USD. However, there are additional exchange fees that are quite high. This includes a 10% penalty when exchanging USD plus a 3% exchange fee.

I was expecting Cuba to be a rather inexpensive destination, and that simply was not the case.

As of May 1, 2010, the Cuban government requires all visitors to have medical coverage in order to enter the country.

Travel insurance from a non-American company is required since your American insurance policy may not be accepted in Cuba. However, I was not asked to show proof of insurance upon entering Cuba. But in the event they do, it’s better to be safe than sorry, and just obtain travel insurance ahead of time. I went with World Nomad, which was highly recommended. 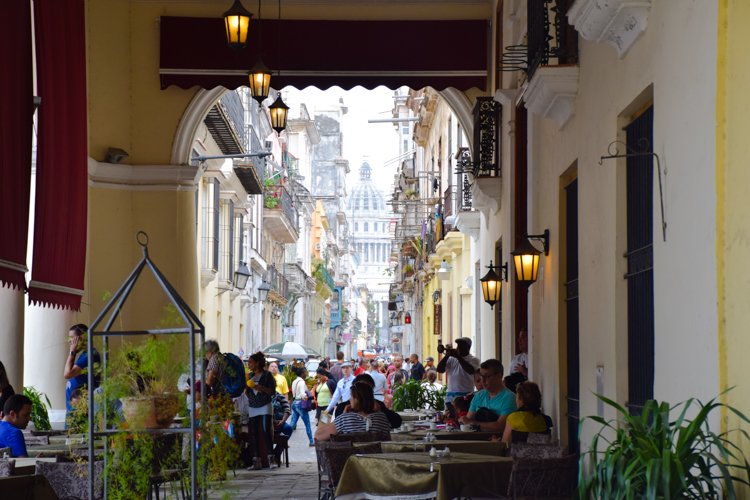 There is WiFi availability in Cuba, however it is not free and it is pretty scarce. Some parks and most luxury hotels will offer WiFi for 30 minutes to an hour. Prices ranging from $2-$6.

The good news though is WiFi availability might be changing! After talking with locals and Airbnb hosts, there is an underground movement to get WiFi into Cuban homes. However if this happens, you can surely expect to pay an additional fee for accommodation. 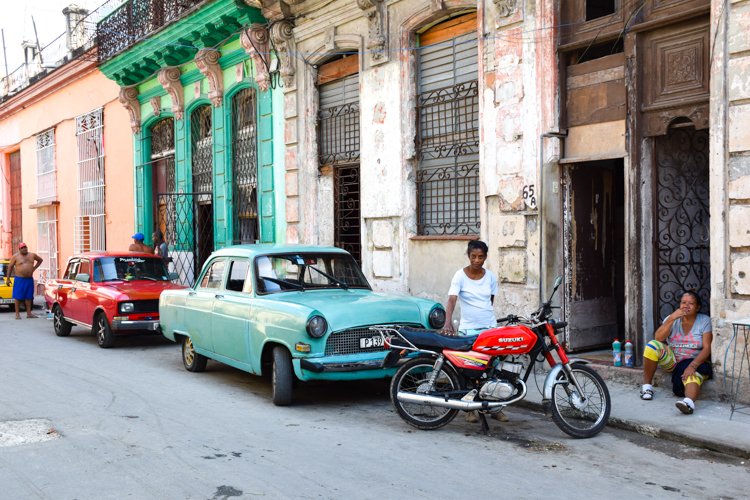 Swanky luxury hotels and beachside resorts are available, and always have been. But if you are traveling on a budget (or simply want a more authentic Cuban experience) casa particulares are the way to go!

The most popular way to stay at a casa particular is to book in advance through Airbnb. On March 20, 2016, Airbnb announced that beginning Apirl 2, they will begin offering accommodations in Cuba to travelers from around the world.

Can I Bring back Souvenirs?

Yes! Although the import and export laws are still a bit hairy between the U.S. and Cuba commercially, you can bring back up to $400 worth of Cuban goods into the United States for personal use. But no more than $100 worth of tobacco or alcohol products. You know what that means…load up on all of the Cuban cigars and rum!

After arriving back into the United States, the first thing my dad said to me was, “Did you bring me back a cigar?!”. Why yes father, I sure did! 🙂

Going to Cuba? Check out these popular posts: 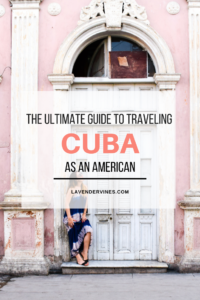 Are you traveling to Cuba? Love to know your thoughts in the comments below!

Follow on Instagram!
← Prev: For the Love of Money Next: Travel Smart: 18 Travel Tips You NEED to Know Before Going to Cuba →