Unveiled: The Truth Behind Shangri-La, Tibet and How to Visit 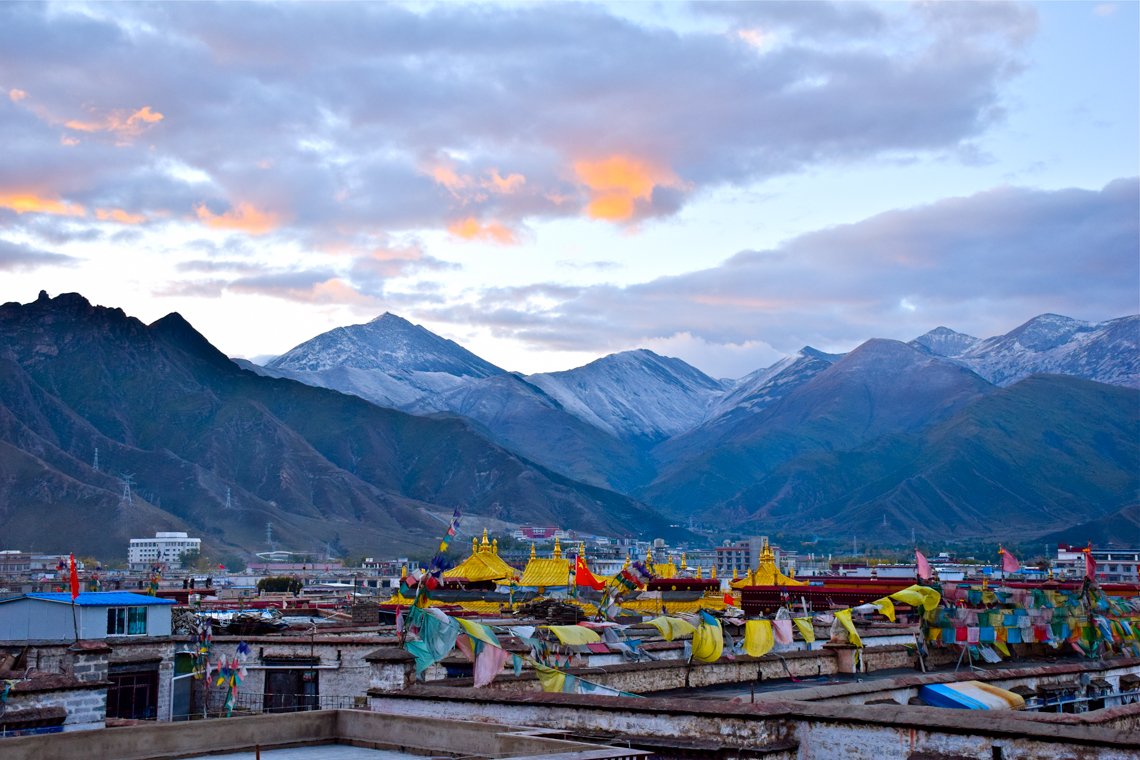 Have you ever heard of Shangri-La, Tibet? Maybe it’s one of those words you’ve heard thrown around, but wasn’t sure if it was a real place. Or just fictional. Well you’re in good company because, that was me.

While backpacking through the Yunnan Province of China, some fellow adventurers were saying they were heading up to Shangri-La. Naturally this peeked my interest because, being a well-seasoned traveler, I wasn’t exactly sure what it was. Or why it was even famous.

The Truth Behind Shangri-La, Tibet

So here’s the truth: Shangri-La, Tibet is not originally a real place. It was created by British author James Hilton in his novel, Lost Horizon, as a fictional Himalayan utopia. The novel was based on the ancient Tibetan legend of Shambala, a lost valley located in the Himalayans where there is a land full of peace and harmony.

The present Dalai Lama has even commented on Shambala saying; “Nowadays, no one knows where Shambala is.”

Hilton’s novel was later turned into a hit Hollywood film. Since then, the name of Shangri-La became synonymous with the idea of a lost paradise.

Utilizing the Shangri-La name, the Shangri-La Hotels and Resorts (the name also deriving from Hilton’s novel) have grown into a multinational hospitality company. They are extremely popular around the world. My favorite being the drool worthy views from Shangri-La Hotel, Paris. If staying at these hotels, you can expect to pay top dollar to receive a fine accommodation experience.

Can I Visit Shangri-La, Tibet?

So you might be thinking; so if Shangri-La isn’t real, why were travelers saying they were on their way to visit it?

In the northwest province of Yunnan there is a town called Zhongdian (or “Jiantang” in Tibetan). This town was renamed to Shangri-La in an effort to promote tourism. Comprising of mostly a Tibetan population, I was game to catch a glimpse of this remote, lost-tourism paradise. However, it is very difficult to reach, and I was lacking on time.

I discovered the existence of Shangri-La, Tibet while in Lijiang, which is already fairly close. However, from Lijiang, there aren’t railways available yet. In order to get to Shangri-La, the only other option is a motor vehicle, or a long-distance bus ride, which takes roughly 4 hours. And you can surely expect delays. If you are traveling from other locations, there are flights available into Shangri-La.

If you are in China, and do not have the opportunity or the time to visit Tibet, I would highly recommend planning a visit. Having been to Lhasa, Tibet, purely having the opportunity to experience the unique Tibetan culture, would make the journey worthwhile.

Have you been to Shangri-La, Tibet? I would love to know your thoughts in the comments below!

Follow on Instagram!
← Prev: Buying Tailored Clothes in Hoi An: The Ultimate Guide Next: Leaps of Faith - Believing in God's Provision →

The page you requested could not be found. Try refining your search, or use the navigation above to locate the post.