If God’s Real, Why Doesn’t He Just Prove Himself? 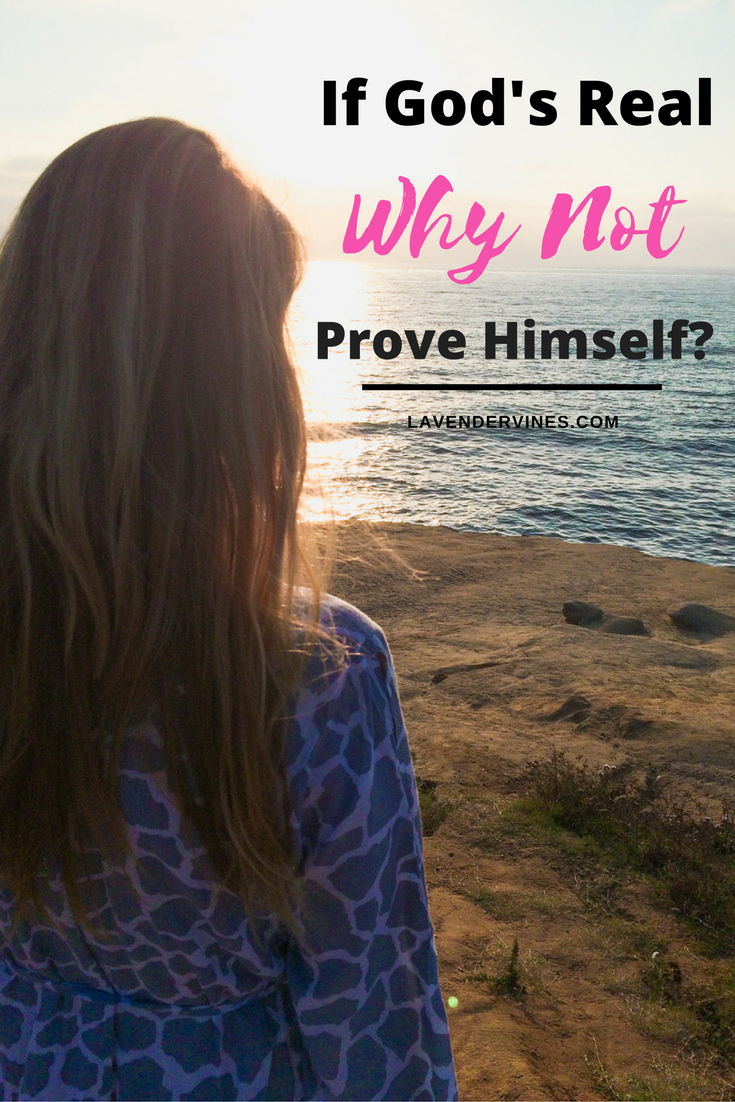 Sometimes I wish God would just prove himself to us. I have asked him many times; “God, if you’re real, why don’t you just prove yourself? Do something so incredible, there’s no way anyone could ever refute your existence! Why all this secrecy? Why must we always be debating? Don’t you see that if we knew you truly existed, we would follow you?”

But, God has proven himself to us before

I felt God saying, “You mean when I delivered my people out of Egypt? Did I not prove myself? Was parting the Red Sea not amazing enough for you?”

The Contest on Mount Carmel

God also performed miracles through the prophet Elijah during the drought and famine in Israel. In this story, God proved himself to the people against the false god, Baal. God requested that a piece of wood was drenched with water three times, before sending fire from heaven and burned it up. Was that not miraculous enough for us?

Jesus Raises Lazarus from the Dead

How about bringing someone back from the dead? Jesus brought Lazarus back from the dead in John 11:43, after he had been dead for four days. Jesus simply said, “Lazarus, come out!”, and Lazarus awoke. Surely we would believe him now?

Read more: This story is from John Chapter 11

Or my favorite, the miracle of Gideon’s defeat over the Midianites! Before the battle, God actually told Gideon that his army had too many men. If Israel was to truly believe that it was God who was delivering them, they would need fewer soldiers. This way, God could truly prove himself. So God dwindled Gideon’s army from 32,000 men to a mere 300! And with only 300 men, the Israelites defeated the Midianites.

Read more: This story is from Judges Chapter 7

These are just a few examples from the bible, where God has proven himself to us. But despite these signs and miracles, people (even in the bible!) still didn’t believe. Or they believed for a short period of time, and then lost hope.

As remarkable as these stories are, sometimes they feel like just that, stories. You might be wondering, well that was a long time ago, what is God doing now?

The truth is, I have experienced God proving himself in my own life. Not just once, but multiple times! During these trials, I felt God challenging me, and stretching my faith. He wanted to know if I would still believe in his provision, even when things looked hopeless.

The most recent example was when my roommate moved out. She left abruptly, refusing to pay anymore of the rent, despite the fact that she was on the lease. She basically left me handicapped, demanding I pay double rent. Sure, what she did was technically illegal. But regardless, rent was due, and I was getting screwed over.

I immediately began putting Craigslist ads up looking for another roommate. But as luck would have it, I was having trouble finding a replacement. With three days left until rent was due, I was sure I would have to pay double rent. I could afford it, however, it would just about wipe out my measly bit of savings I had accrued.

I was sweating buckets and praying incessantly for God to come through. As the days crept by, I seriously began to doubt whether He cared at all about the problems in my life. I began to get angry. My prayer went something like this, “I don’t know if you plan on coming through for me or not, but I am relying on you and I am trusting you. Isn’t this what you say I should do? Yet, you seem to not care at all. However, even if you don’t provide for me, I will still love you. And I will still believe in you. But, I don’t know if I’ll be able to trust in your provision again.”

Guys, I don’t recommend getting angry with God like I did. But, I think if we were all honest, similar thoughts have probably ran through your minds, too. We tend to doubt, rather than have absolute faith in our provider.

But God is faithful

Like the Bible promises, God is faithful. Always. Deuteronomy 7:9 says;

“Know therefore that the Lord your God is God, the faithful God who keeps covenant and steadfast love with those who love Him and keep His commandments, to a thousand generations.”

So how did my story end? Well, God 100% came through for me. And he didn’t just come through, but he provided the perfect roommate in just the nick of time! And even though my answered prayer seemed fashionably late (literally fashionably – she was a fashion major) God’s timing is always perfect. We became great roommates, and later became great friends. You could say, everything worked out beautifully. 🙂

I don’t know why God doesn’t prove himself more to everyone. As a Christ follower it would make explaining why I believe a lot easier. But then I remember that Jesus says in John 20:29;

“Because you have seen me, you believe; blessed are those who do not see, and yet believe.” 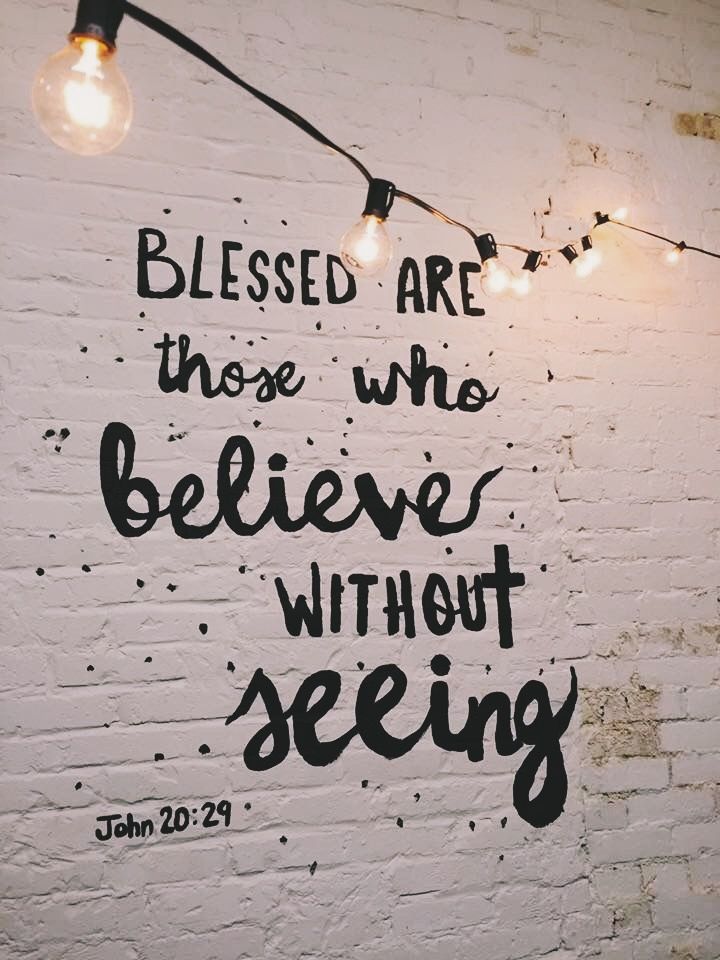 I don’t think we are meant to have all of the answers.. Maybe God wants to stretch you and test your faith, just like he stretched my faith. From now on, trusting in God is a lot easier for me. I know in my heart He will never abandon me, because He loves me.

Check out these popular posts: 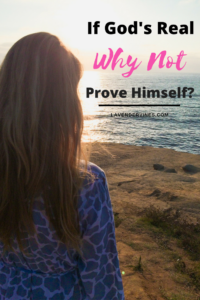 Has God proven Himself in your life? I would love to know in the comments below!

Follow on Instagram!
← Prev: Discover Indonesia’s Blue-Flamed Volcano!! Next: 5 Reasons Why January is the BEST Time to Travel → 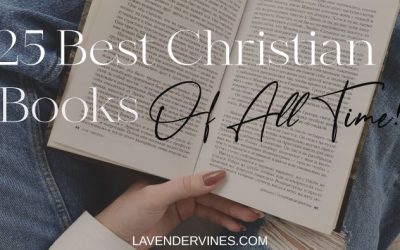 25 Best Christian Books of all Time (WITH REVIEWS)

In this post I have decided to undertake the task of sharing the 25 best Christian books of all time. Let me just... 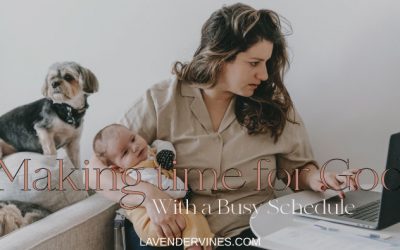 Making Time for God With a Busy Schedule

Do you struggle making time for God with a busy schedule? With the million and one things we constantly need to be... 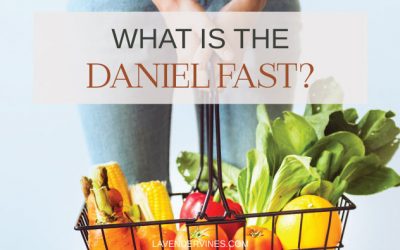 The Daniel Fast is becoming so popular, it’s honestly really exciting! Thanks to celebrities like Chris Prat and,...