How to Spend an 18-Hour Layover in Iceland 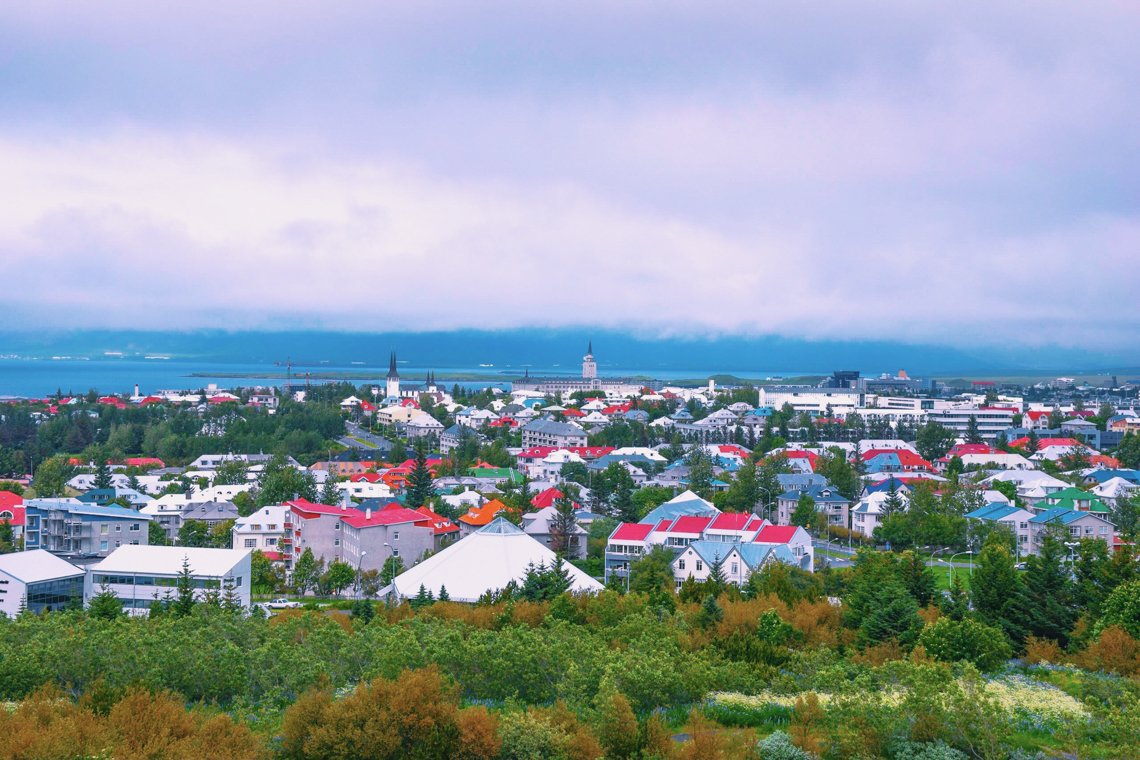 Ah, Iceland. Since watching The Secret Life of Walter Mitty, I have had some serious cravings to see this Nordic country. And it did not disappoint, I fell in love with Iceland as soon as I walked off the plane! While traveling from the US to Europe, Iceland Air was the cheapest at that time, so I purposefully booked a long layover. This meant I only had 18 hours to fill my eyes with as much of Iceland as I could, before heading to my next destination.

Needless to say, I fully utilized those 18 hours! This was my itinerary:

How to Spend an 18-Hour Layover in Iceland

Take a Dip in the Blue Lagoon

I was just captivated by the Blue Lagoon’s geothermal spa, and it was a must see during my layover. 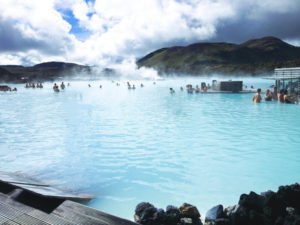 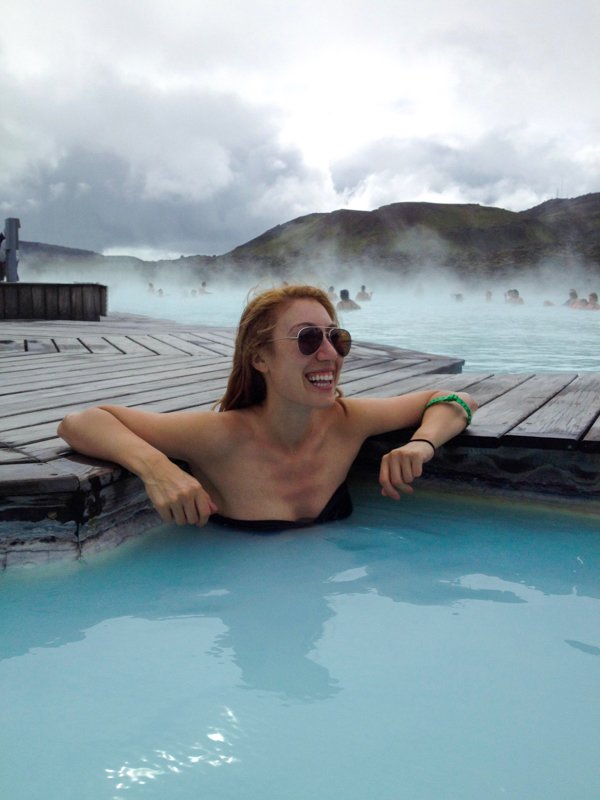 I recommend getting to the Blue Lagoon first thing in the morning. It’s one of the most visited attractions in Iceland and this place gets crowded fast. Trust me, you’ll also want be there before the crowds set in so you can take those beautiful photos. 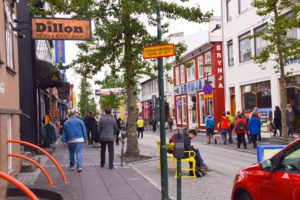 Head on down to the city center of Reykjavik and peruse the streets. Make sure you take a peek at the Hallgrimskirkja Church and even take the elevator to the top for what is probably the best views of the city.

Pro tip: Make sure you grab a bite to eat, before heading out! 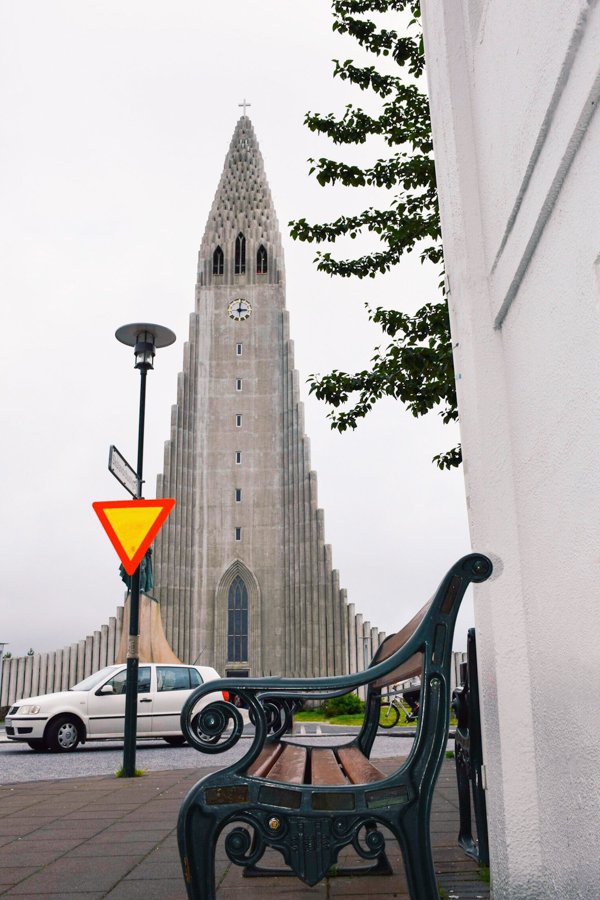 The Golden Circle is the perfect place to start for a first visit to Iceland.

The three most famous attractions are:

Thingvellir National Park is a tourist spot for many reasons. One of the most popular reasons is because Iceland’s first Parliament was founded here back in 930 AD. 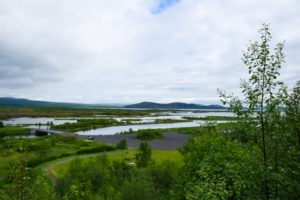 Another reason is because this is where you can actually walk between two continents! Thingvellir just so happens to be where the Northamerican and Euroasian tectonic plates are slowly splitting apart due to the fissure zone running right through Iceland.

Note: If time allows, diving the Silfra Fissure is a must! It’s the only place where you can dive or snorkel between the crack of the two continental plates. I did not have time to do this, but when I go back to Iceland it is on my list!

So fun fact: the English word geyser derives from the Icelandic verb geysir, which means “to gush”. And gushing you will see when you visit these geysirs!

Although there are many geysers, the show stealers are The Great Geysir and Strokkur.

The Great Geysir was considered one of the greats, but is now dormant. Right up there with the geysers of Yellowstone National Park and New Zealand, the Great Geysir is said to have blasted water as high as 60-80 meters into the air!

Strokkur is an energetic geyser, spouting water 30 meters high into the air just every few minutes. 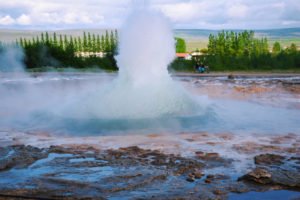 The Gullfoss waterfall is the most famous in Iceland, and if you’re lucky you’ll see the giant rainbow that appears when its sunny out! Fortunately, I was lucky enough to see the rainbow, which made the last stop of my Iceland tour truly magical. 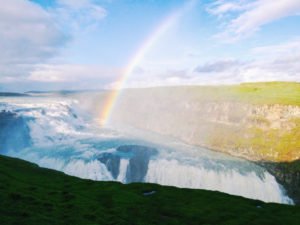 After wrapping up the last stop on the Golden Circle, sit back and enjoy the traffic free drive back to Reykjavik for a bite to eat, and then in my case, onto the airport for my final destination! 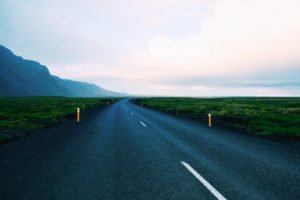 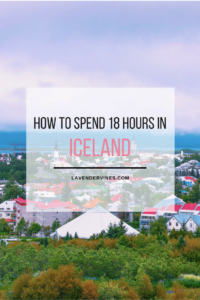 What would you do during a layover in Iceland? Love to know your thoughts in the comments below!