Are you looking for a Bible but the overwhelm of all the choices is leaving you confused?

After reading this post I am confident you will be able to choose an excellent Bible translation that is perfect so you can start reading and understanding God’s Word.

Part of the confusion when it comes to reading the Bible is that the Bible wasn’t originally written in English. Instead, the original translations of the Bible were written in mostly Hebrew and Aramaic for the Old Testament, and Koine Greek for the New Testament.

So why is this confusing?

Well, the English versions of the Bible that we are reading are mere translations of the original text.

It’s best to think of the different translations of the Bible along a spectrum from literal translation that’s word-for-word, (formal equivalence) to concept translation that’s more thought-for-thought (dynamic equivalence). You’ll find that as the accuracy of the translation increases (word-for-word), the readability decreases. A few examples of this are the King James Version (KJV) and the English Standard Version (ESV) which we will discuss more in-depth below. The flip side of this is as the accuracy of a translation decreases (thought-for-thought), the readability increases. A few examples of this are the The Message version of the Bible that is written in contemporary English, and even slang and the New Living Translation (NLT), which we will also discuss more in-depth below.

There are Bibles that land right in the middle that are a nice sweet spot between accuracy and readability which includes the Christian Standard Bible (CSB) and the New International Version (NIV).

Below is a chart that is a great representation of this Bible translation spectrum.

Save the chart by clicking the below button!

Literal Translations of the Bible

If you are really wanting to stay as close and as accurate to the Greek or Hebrew text of the Bible as possible, I would highly recommend checking out an Interlinear Bible.

What interlinear Bibles do is create a way for any student of scripture to examine the Greek or Hebrew words directly in comparison to the English translations.

Even if you do not know the Greek or Hebrew language, you can still get quite a bit out of the experience. With interlinear versions, you’ll see the verses in the English language first, with the Greek or Hebrew text directly underneath. Click here for details and price of Interlinear Bibles. 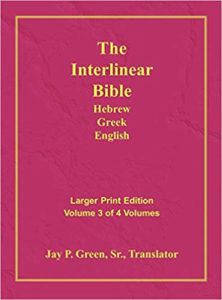 The New American Standard Bible (NASB) was first published in 1963, with the most recent edition published in 1995. It holds the reputation for being the “most accurate” Bible translation in English. It is a literal translation which holds to the word-for-word school of thought mentioned above.

The NASB also uses the critical text from Nestle-Aland’s Novum Testamentum Graece and as well as the Dead Sea Scrolls.

If you are unsure of the difference between critical text and received text, check out my post

If you are interested in the New American Standard Bible then click here for details and price.

Many people appreciate that the NASB distinguishes verses that are not clearly scripture and place them in footnotes rather than the main text. These translational notes are invaluable for those worried about getting the most accurate translation possible.

The Amplified Bible (AMP) is a literal translation of the Bible and was published in 1965. It was largely a revision of the American Standard Version (ASV) of 1901. The Amplified Bible was designed to “amplify” the text by using explanatory alternate readings to assist the reader in understanding what the Scripture really says.

The AMP also uses the critical text as well as the Dead Sea Scrolls. If you are interested in the Amplified Bible then click here for details and price.

The ESV is also a very literal interpretation of the Bible and tends to use some gender-neutral language. It also uses the critical text from Nestle-Aland’s Novum Testamentum Graece and as well as the Dead Sea Scrolls. If you are interested in the English Standard Version then click here for details and price.

Because of the popularity in the ESV translation, an edition was published in 2009 with the Apocryphal books included as well. 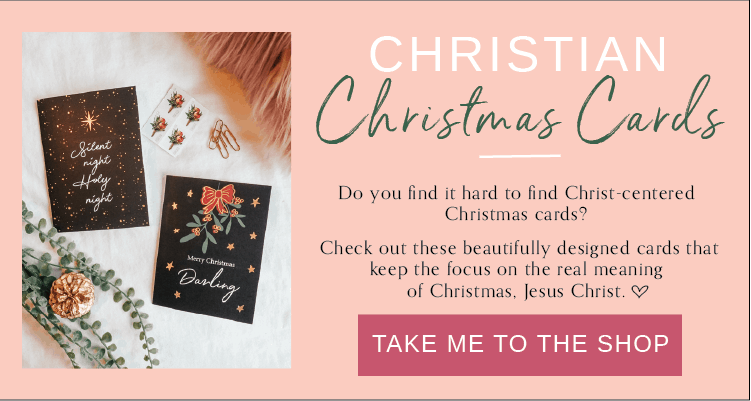 The King James Version (KJV) of the Bible is an extremely popular literal interpretation Bible translation, and was the only Bible people read for many years.

In 1604 King James I of England commissioned a new translation based upon the Textus Receptus because the critical text that all other modern translations are based upon had not been discovered yet. The work was done by 47 Bible scholars of the Church of England and completed in 1611.

Some people believe the King James Version is the most accurate and the only authentic version of the Bible. They claim that later versions were rewritten to suit the biases of the publishers, or are incomplete in some way.

Despite this, the vast majority of Bible scholars and Christian reject this and do not consider the King James Version to be any more accurate or sacred than other translations.

I personally love the King James Version of the Bible for its poetic and literary beauty, but I in no way consider it to be the most accurate or most reliable Bible available.

If this topic is of interest to you, a great book that goes further in depth is The King James Only Controversy by James White. Definitely check it out if you would like more information. 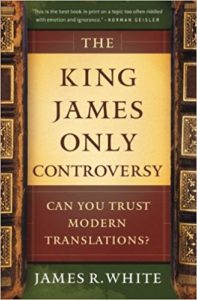 Another resource you might be interested in is the below video to learn more about the King James Version verses other modern translations of the Bible.

Throughout the process they remained faithful to the Textus Receptus text while also including the recently discovered Dead Sea Scrolls. If you are interested in the New King James Version then click here for details and price. 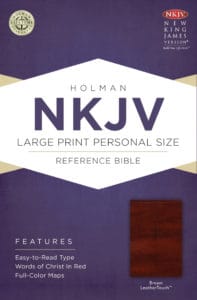 Thought-for-thought Translation of the Bible

The New English Translation (NET) is a free online English translation of the Bible first made available in 2005. It is “completely new” in the sense that it is not a revision or update of an already existing translation, but instead is a revision of the original Hebrew, Aramaic, and Greek texts.

The project had a vision of creating a digital version of an English version of the Bible that could be placed on the internet, downloadable for free, or used around the world for ministry. It was actually the first Bible ever to be put on the internet.

This translation is most notable for its near 61,000 lengthy footnotes and its open copyright permitting free downloads and use for ministry purposes.

It uses the dynamic, thought-for-thought translation but has been considered too dynamic for most literal translations, while too formal compared to other dynamic translations.

This Bible is also a good translation, and it’s easier to read than the literal translations already mentioned. The Christian Standard Bible translators like to categorize it in the “optimal equivalence” category because of its contemporary English readability. If you are interested in the English Standard Version then click here for details and price.

The New International Version (NIV) is considered a dynamic, thought-for-thought translation that took ten years to complete and involved a team of over 100 scholars.

It was first published in 1978 and aimed to translate the Bible in broadly understood modern English. It has been recently updated in 2011 and has become one of the most popular and best-selling modern translations. The 2011 publication also dropped some of the gender-neutral language such as “human beings” instead of “mankind”, or “people” instead of “man”.

The NIV also uses the critical text from the United Bible Societies and Nestle-Aland, as well as other ancient texts like the Dead Sea Scrolls. If you are interested in New International Version then click here for details and price. 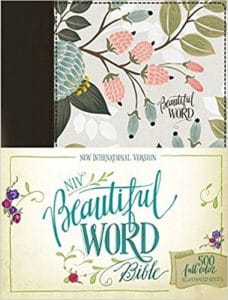 The New Living Translation (NLT) is a dynamic, thought-for-thought translation of the Bible published initially in 1996. It originally started as a revision of The Living Bible, which is considered to be a “paraphrase” Bible translation.

The translators of the NLT aimed to translate the message of the Bible into clear, natural English. Their goal was to be both faithful to the ancient texts but also easily understandable to the modern reader.

Another factor for translating the text by readability was that more people are more likely to hear the Bible read aloud in a church service than they are to read it or study it on their own. This is why you hear the NLT version quoted or read frequently during church sermons. However, if you are wanting to do a more detailed study of the Bible, a more literal translation might suite you better.

The NLT also uses the critical text from Nestle-Aland’s Novum Testamentum Graece and as well as the Dead Sea Scrolls.

I hope this Bible translation comparison of the top 10 most accurate Bible translations was helpful for you! Which version of the Bible do you like to use? I would love to know your thoughts in the comments below!

Want to reference this for later? Save this post!

sometimes I day dream of walking the streets of Ba

Thankful & grateful to live in this beautiful city

Spend more time in the Word this year by using th

IDEAS IDEAS IDEAS!! Back in the day I used to go l

I’ve seen you move the mountains, and I believe 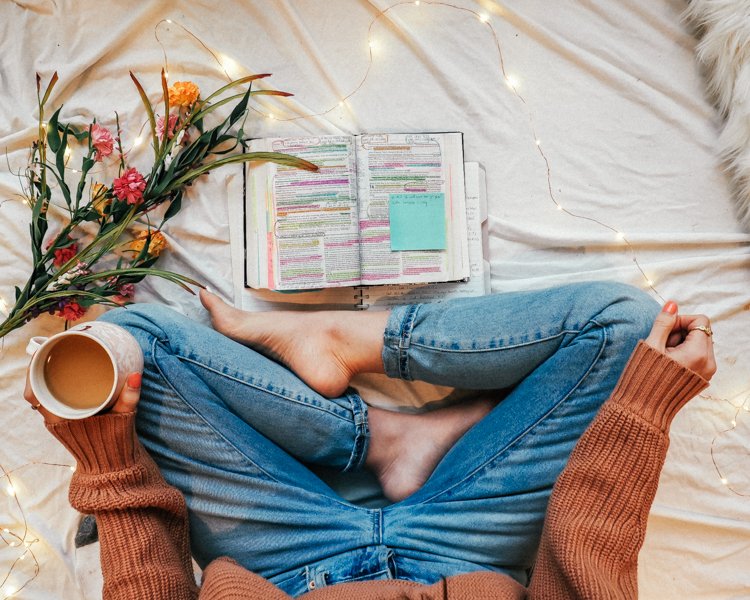 First of all, can I just say, I think it is awesome that you are looking for tips on how to study the Bible! 🙂  ... 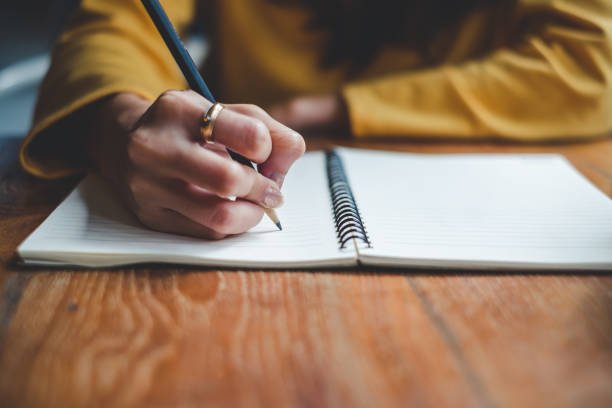 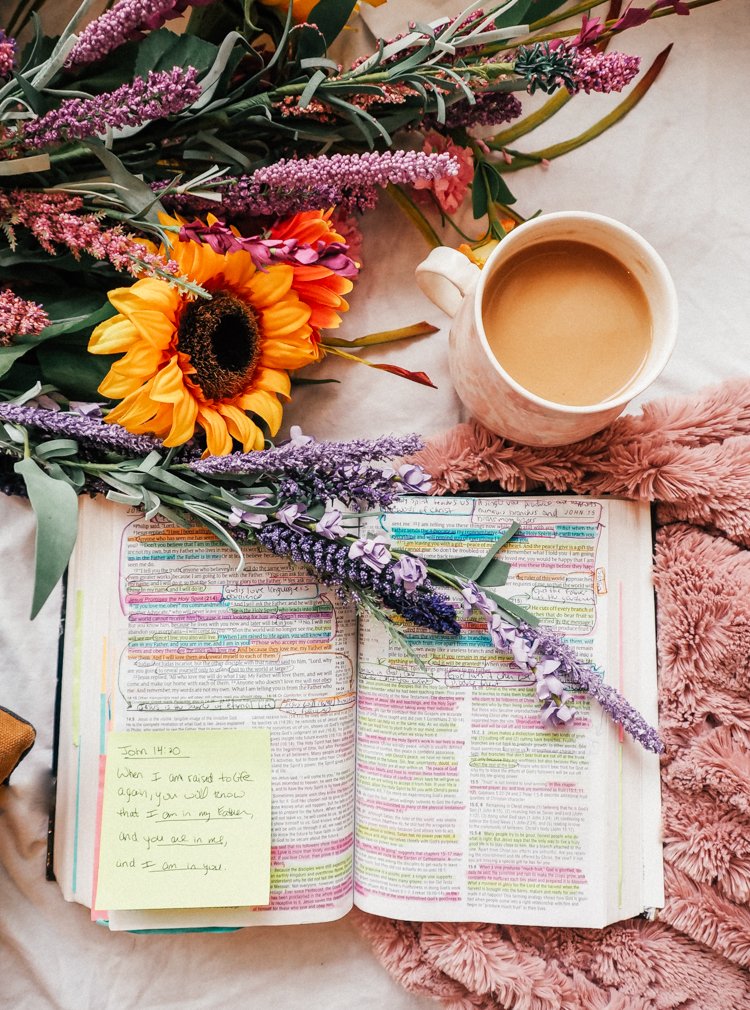 How to Read the Bible for Beginners