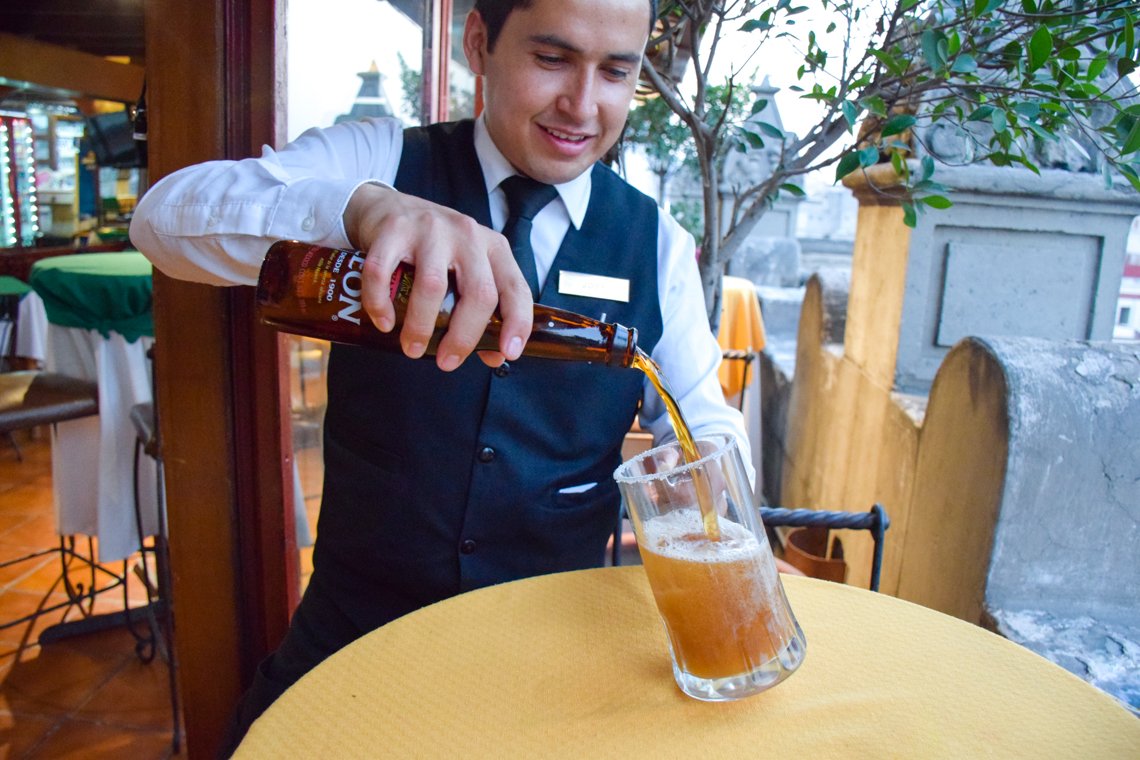 I had high expectations of drinking a margarita with just about every meal during my trip to Mexico. However, after scouring the city center of Mexico City for hours, I came to the conclusion that there must be a disconnect between what I thought Mexicans drank, and what they actually drink. It turns out, margaritas are not wildly popular in true Mexican culture. So I decided to find some authentic Mexican drinks that you can easily find at a local bar or cantina in Mexico City.

Read more: Why There are No Margaritas in Mexico City

Here are some of my top picks:

The Paloma (Spanish for “dove”) is one of Mexico’s most popular cocktails! It’s actually quite similar to the margarita in that it is also tequila based. It is traditionally served on the rocks, and is made with grapefruit-flavored soda (Jarritos, Fresca, or Squirt), tequila, and fresh lime juice. Yum!

I know what you’re thinking…wait, that’s a Spanish drink! Yes it traditionally is, but Mexicans like it as well. Just a tad stronger. Mexican sangria is similar to the fruit and wine concept of Spanish sangria, but it has a higher alcohol content. Go figure. 🙂  Everything else is of the same idea…red wine, chopped fruit, and added sugars for sweetness.

Now this one’s a pretty intriguing – to borderline gross – concoction. But once I tried it I found it actually quite tasty! The Michelada is a beer-based cocktail, which includes varied ingredients based on the region (and depending on the region, it could also be called a “suero”). The michelada is a “cerveza preparada”, meaning mixed with tomato juice, hot sauce, or salsa. Traditionally you’ll find it prepared with beer, lime, salt, tomato juice, or clamato (a combination of tomato juice and clam juice). All of this is mixed together and served over ice with a salt-rimmed glass.

I love this drink, but it’s less fancy than its cousin the Michelada. The Chelada is beer mixed with freshly squeezed lime juice. And in true Mexican fashion, served with a sea-salt rimmed glass. I prefer this drink to the Michelada when I want something light and refreshing.

Meet pulque, Mexico’s oldest alcoholic beverage. This drink dates back to about 1000 AD, is called the Aztec drink of the gods. It was used in ceremonies and rituals, and is actually quite rich in vitamins and minerals. It is similar to beer in that it has a low alcohol content (4-8%). Pulque is made from the fermented sap of the maguey agave plant and has a frothy white opaque milk-like color. The taste is a bit tarty, but I personally loved it! It can also come in a variety of flavors such as celery, nut, oat, and guava. I’m hoping it becomes more popular and available worldwide!

Just about everyone knows about tequila. But as for the smoky mezcal, it’s a beverage that’s slowly, but surely getting its name out there. I was pretty surprised to find out that many Mexicans (young and old!) actually prefer straight tequila or mezcal. It’s their drink of choice! In America, I doubt anyone drinks straight liquor unless they plan on having a really fun night. ?? But in Mexico, it’s different. Mexicans prefer to relax and sip their tequila. This way they enjoy the flavor of the liquor.

Read more: What’s the Difference Between Mezcal and Tequila? (and what’s with the worm?)

That’s right, good ole vino! While it’s not exactly Italy over here, there is a very real budding wine scene. With the Guadalupe Valley making waves over in Baja California, Napa Valley is going to have some tough competition pretty soon. 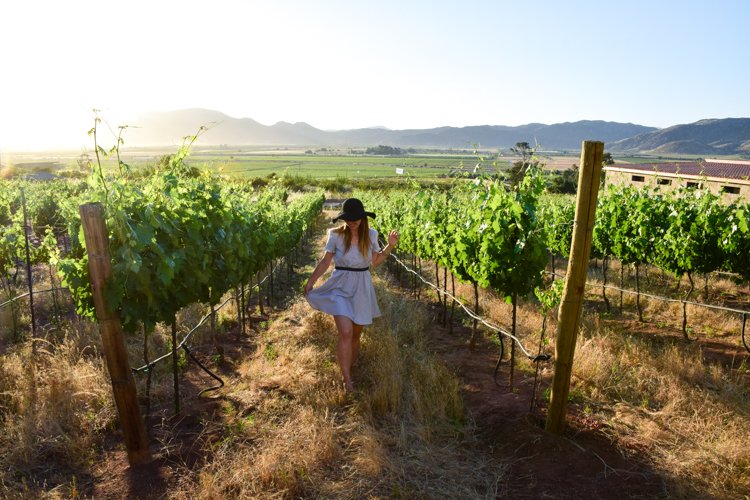 Read more: A Guide to the Guadalupe Valley Wineries

And because you simply can’t NOT mention it…

What can I say, Mexicans like their beer. While not exactly craft beer, it’s not all Corona either. Some popular Mexican beers you should try are: Victoria, Pacifico, Bohemia, Sol, Tecate, Leon, Indio, Modelo, and Barrilito.

Like Mexican food and drink? Check out these popular posts: 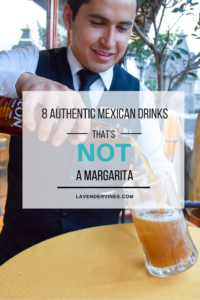 Have you tried these authentic Mexican drinks? Let me know in the comments below!

Follow on Instagram!
← Prev: How to Understand God's Heart Next: The Ultimate Guide to Hiking Three Sisters Falls + Rock Slide! →