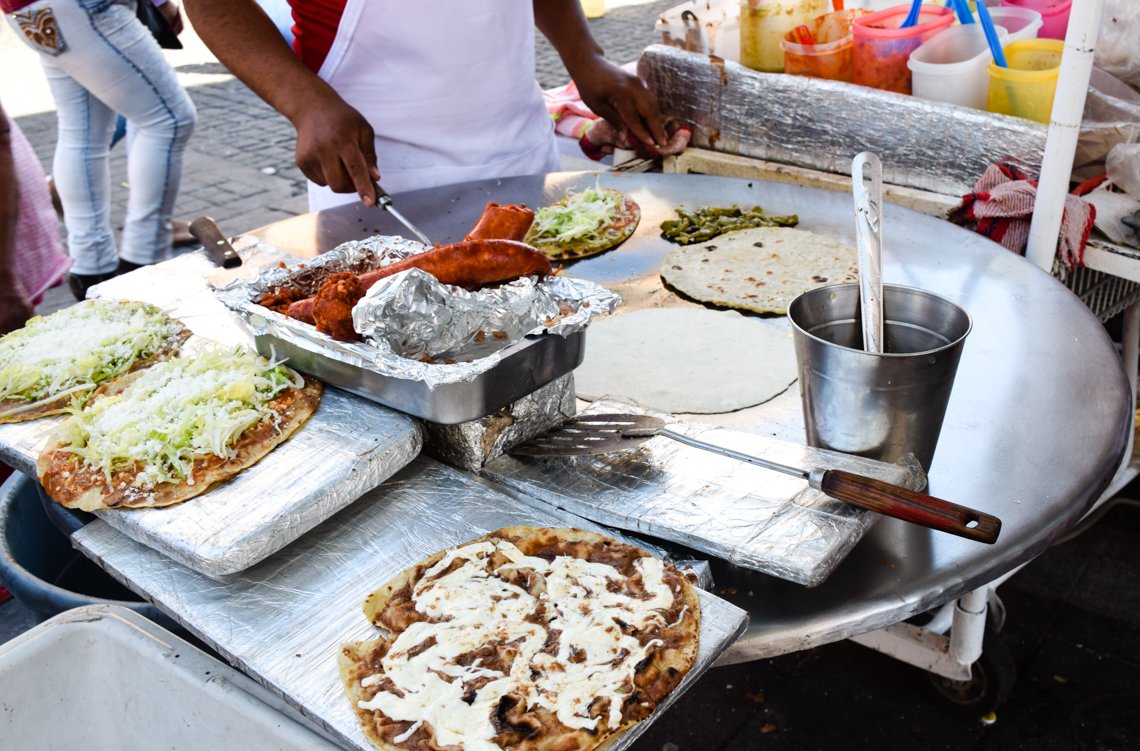 Mexican street food is absolutely amazing! I loved it so much that I actually preferred sampling foods from different vendors, than sitting down at an actual restaurant and ordering a meal. You’ll find street food vendors sprinkled around just about every city in Mexico. There are so many yummy options to choose, from so I’ve put together a list of some of the most common street food vendors you’ll find. Give ‘em a try! 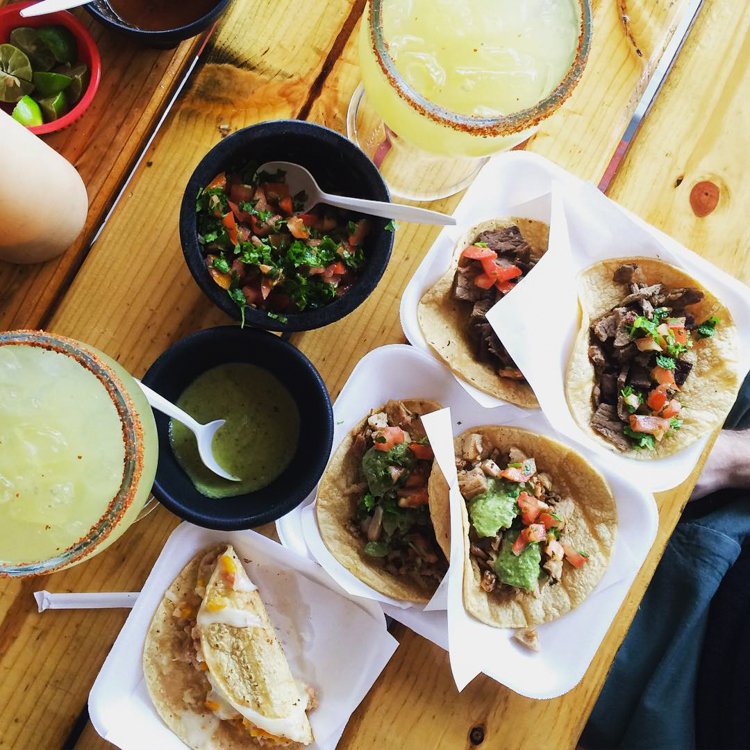 Tacos are the most common and most popular Mexican street food. Tacos are a pretty informal meal in Mexico, and are normally eaten standing. No matter your social economic level, you can find just about everyone gathered around the local taqueria, enjoying a bite to eat. Traditionally tacos aren’t even a main meal, but instead are eaten before mid-day or late evening.

Some of the most common tacos you’ll find are: 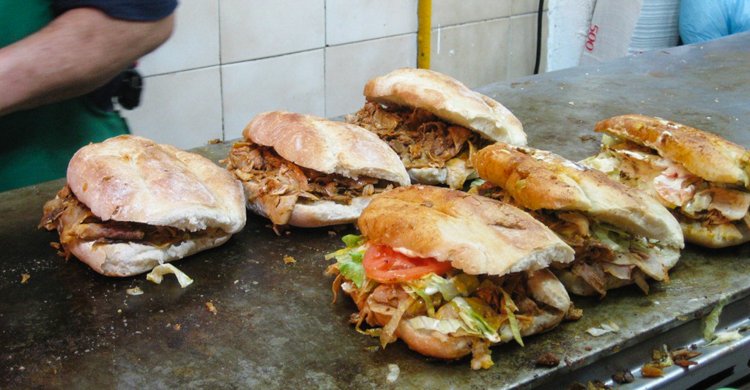 Tortas are traditional to Mexico City and the surrounding area. The torta is a large, sub-like sandwich that’s filled with various ingredients. Most commonly they’ll include ham, egg, chicken, or other meats. It can be served cold, but typically it’s pressed and toasted. 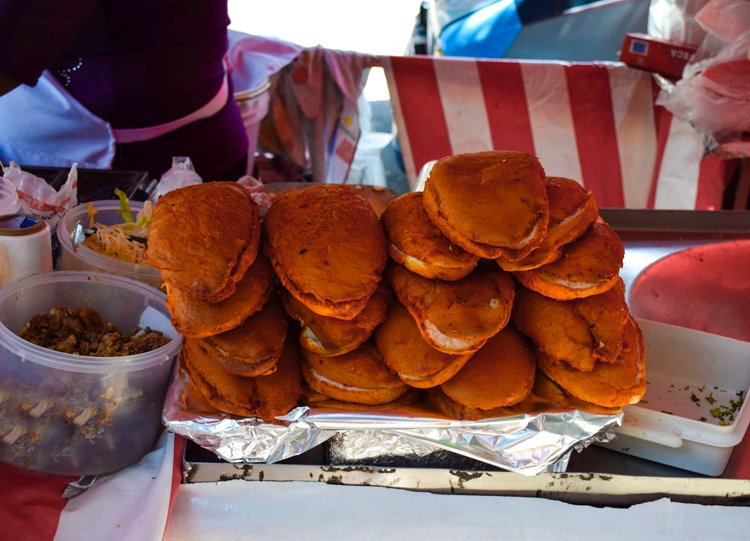 Similar to the torta, a pambazo is made from a Mexican white bread that’s been dipped in a red guajillo pepper sauce. Although it can be filled a variety of meats, typically it’s made with potatoes and chorizo. 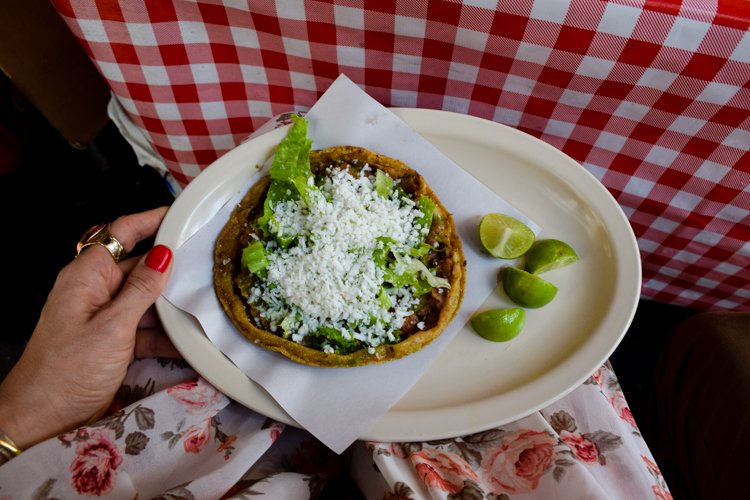 At first glance, a sope can look like a really thick tortilla that’s topped with various ingredients. And honestly, that’s kinda what it is. The dough is made from masa, the same base used for tortillas. It is then fried, and topped with refried black beans, cheese, lettuce, onions, salsa, and sour cream. Various types of meats can also be added. 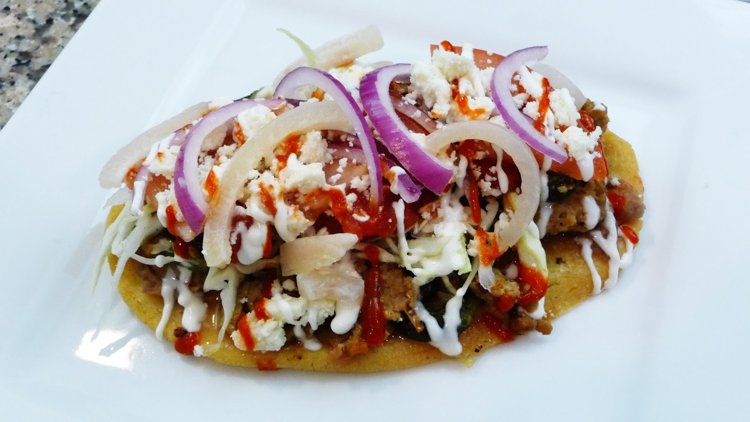 A hurache is basically a variation of a sope. The difference is its three times as large, and is an oblong oval shape. Its also usually topped with your meat of choice. 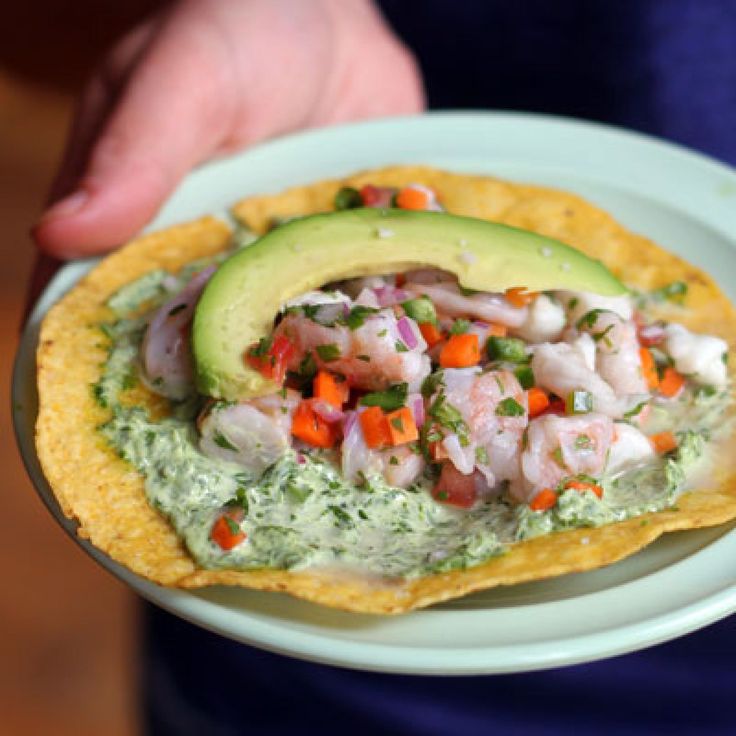 Tostada is Spanish for “toasted”. Basically a tostada is a deep fried tortilla that is topped with ingredients such as a meat, refried beans, cheese, sour cream, salsa, and avocado.

A Tlayuda (sometimes spelt clayuda) is a variation of a tostada from Oaxaca. It’s much larger, typically the size of a pizza. 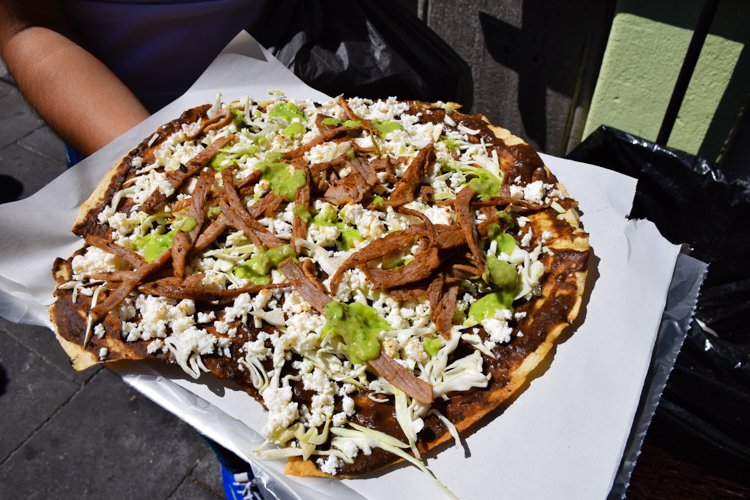 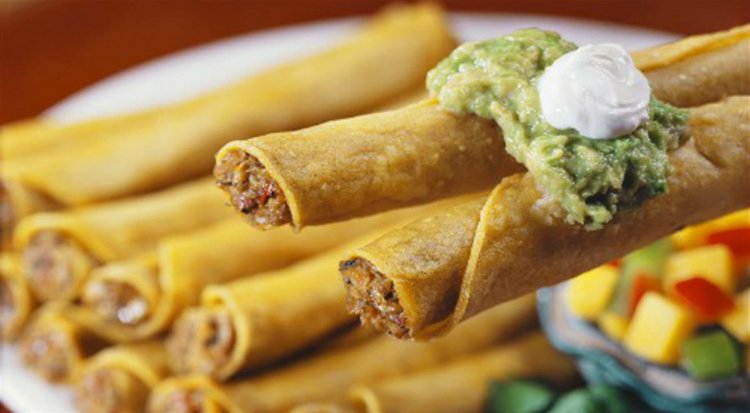 Flautas have a few different names. You might have heard them being called taquitos (Spanish for “small taco”) or tacos dorados. They are a small, deep-fried rolled up tortilla that’s filled with meat. 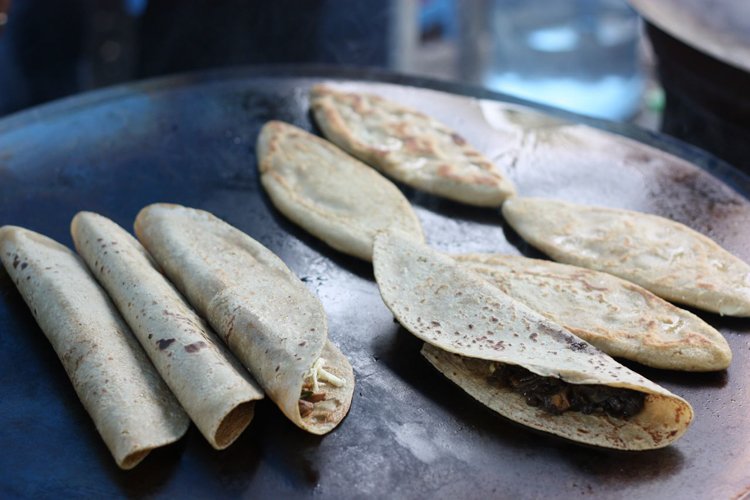 Most people know what a quesadilla is, but they’re still worth mentioning. Queso is Spanish for “cheese”. A quesadilla is a tortilla that is filled with cheese, folded in half, and then grilled. Just about any type of filling can be added other than cheese.

Note: Quesadillas can also come deep-fried. For a while I was very confused by this since I am so used to the traditional soft tortilla version. 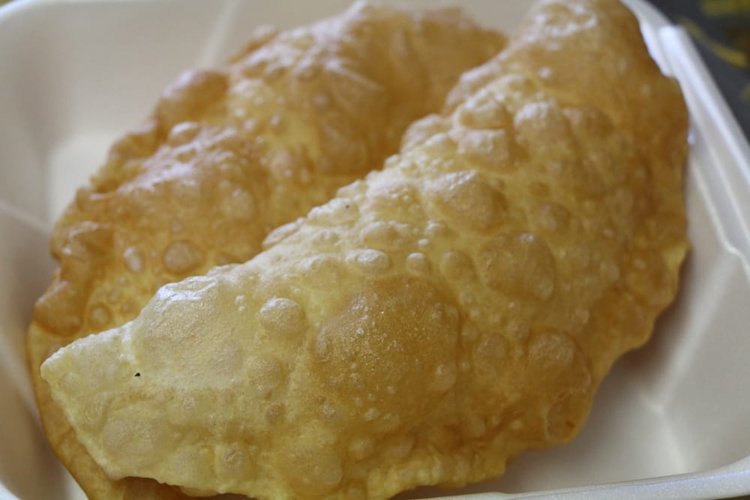 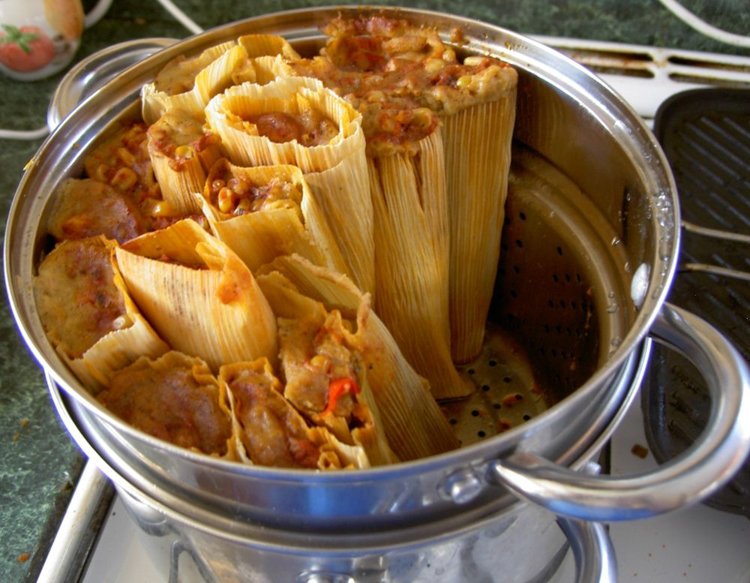 A tamale is a traditional Mexican dish made from a dough that’s filled with meats, cheeses, and vegetables. It is then cooked by steaming it in a cornhusk or banana leaf. Just be sure to not eat it the banana leaf! 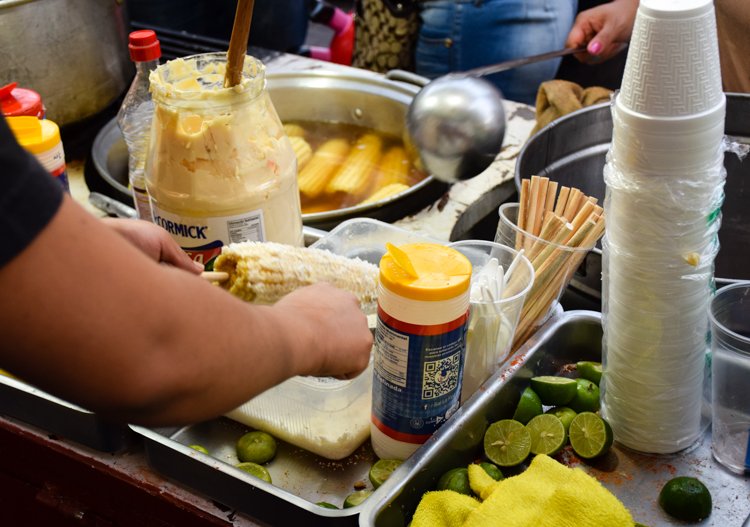 Elote is also known as “Mexican corn on the cob”. This is a very popular street food! I’ve seen it served either on a stick or as kernels in a cup. The corn is mixed with mayonnaise, butter, and cheese, and topped with salt and chili powder. 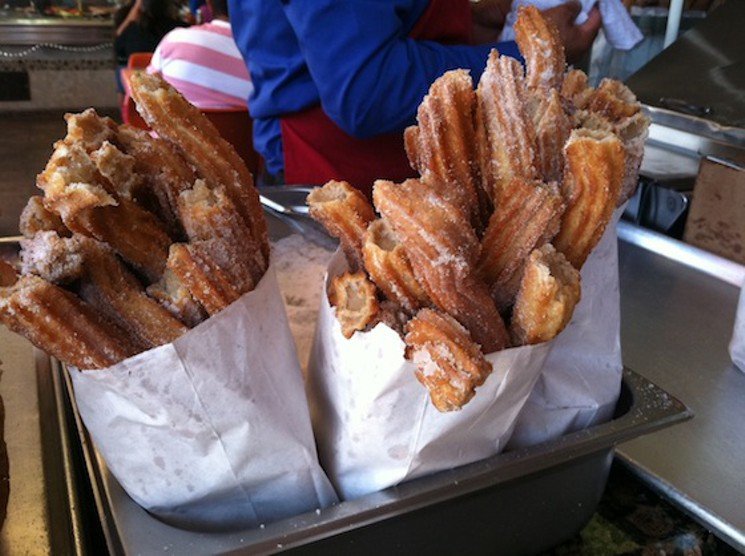 Churros can be found in many different countries and they generally are all made the same way. The dough is deep-fried, and can be eaten with chocolate or topped with sugar and cinnamon. It is also commonly dipped in a beverage such as hot chocolate or coffee.

Relleno means “stuffed” in Spanish. So a churro relleno is a churro that is stuffed with various ingredients such as chocolate, cajeta (thick confectionate syrup), caramel, or fruit spreads such as blackberry, pineapple, and peach. 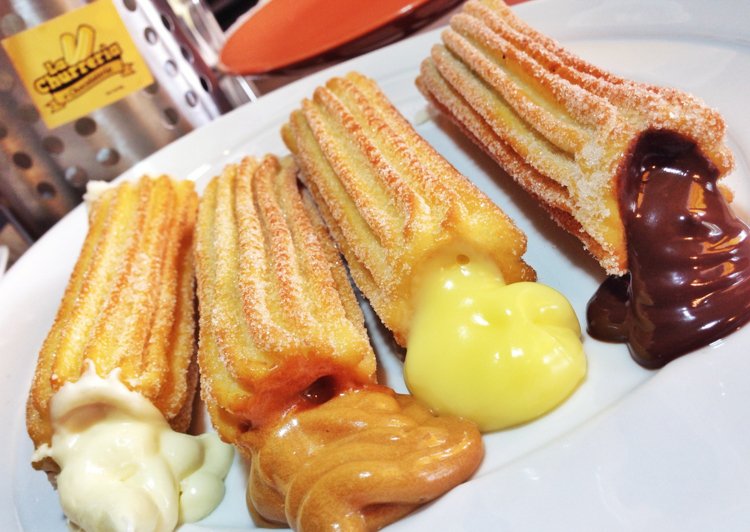 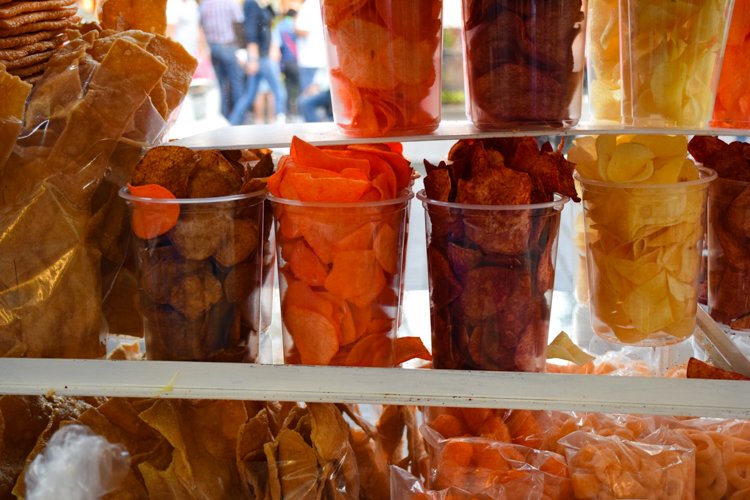 Basically this could be described as a souped-up Mexican chip. They are nacho-flavored Tostito chips, garnished with a number of toppings.  Most commonly they’ll be topped with lime juice, Valentina hot sauce, chamoy (a Mexican fruit sauce), and tajin chili powder. 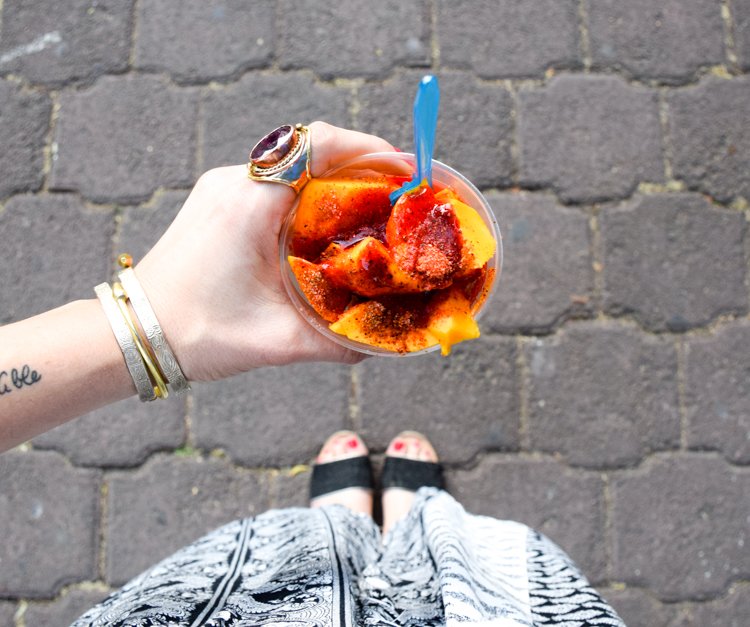 Mango preparado is one of my favorite street foods in Mexico! The sliced mangoes are served with a squeeze of fresh lime juice, a drizzle of chamoy, and topped with a sprinkle of chili powder. 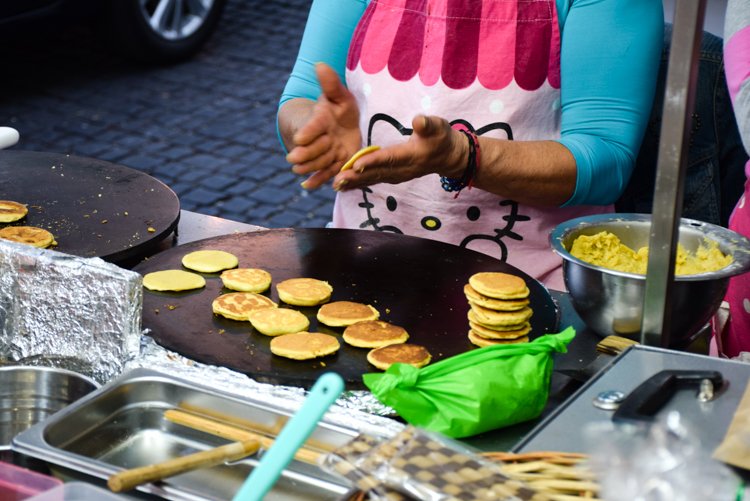 Gorditas are a pastry that’s made from masa (the base to make tortillas and sopes). They look like a thick tortilla, and can be stuffed with a filling. Afterwards, they are then deep-fried.

There are different variations of gorditas such as: 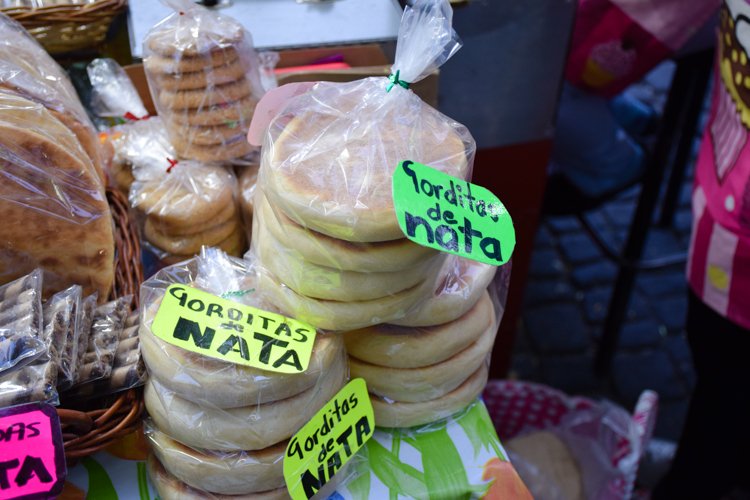 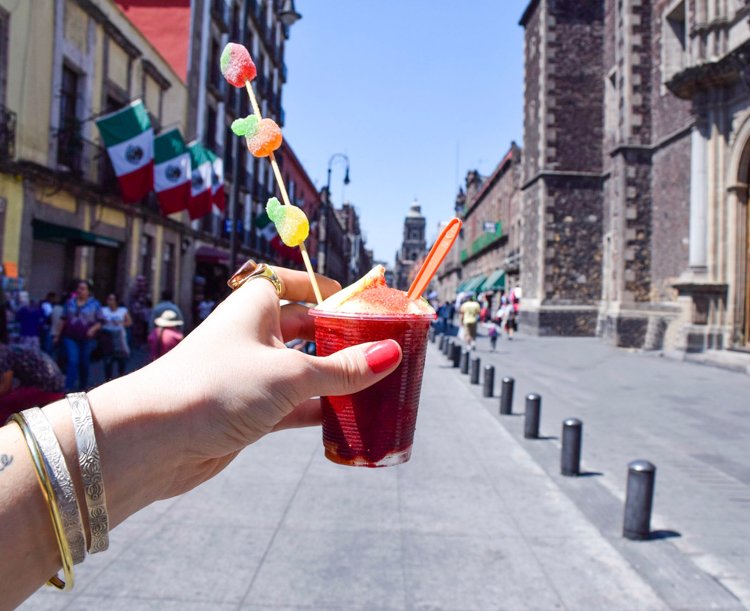 Chamoyadas make a yummy dessert! A chamoyada is a flavored sorbet that’s topped with chili powder, lemon, and a drizzle of chamoy. 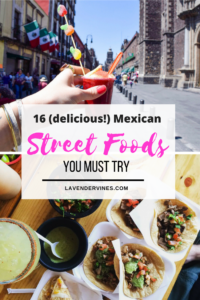 What’s your favorite Mexican street food? Love to know in the comments below!

Follow on Instagram!
← Prev: The Secret Behind King David’s Fame Next: What's the Difference Between Mezcal and Tequila? →